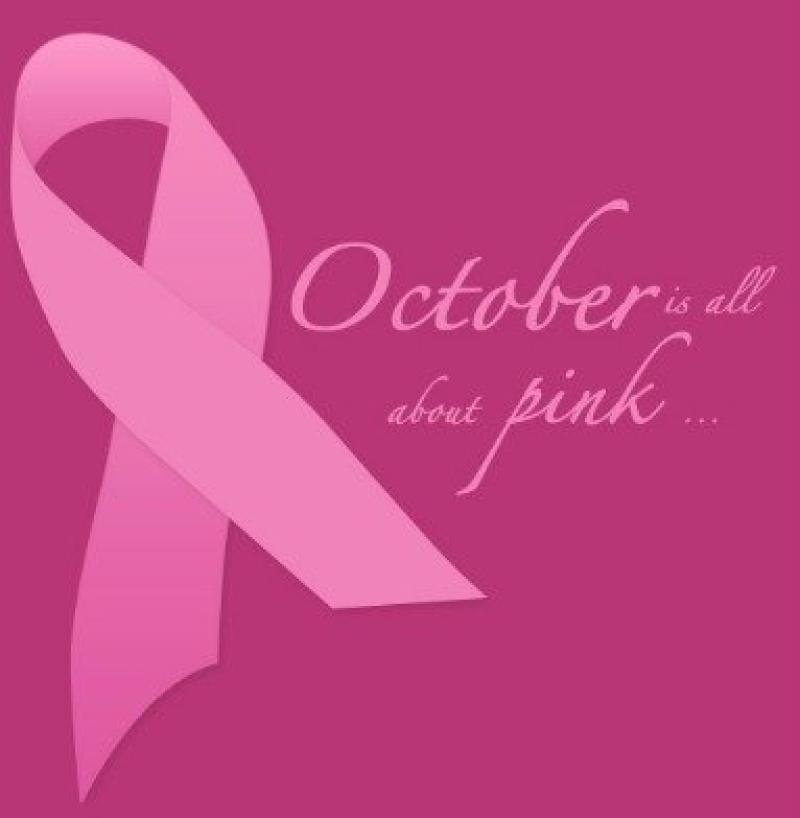 Early detection, more personalised treatment and more knowledge about the causes and risk factors behind breast cancer mean that more people are surviving the disease than ever before.

In marking Breast Cancer Awareness Month this October, the Irish Cancer Society has looked back on 40 years of breast cancer in Ireland to see the advances that have been made in the prevention, diagnosis, treatment and survivorship associated with this disease.

Forty years ago the outlook for a breast cancer patient was vastly different from today. In 1976, almost half of women diagnosed with breast cancer died from the disease.

Today, survival rates for breast cancer have increased to 85% over five years.

As part of the Irish Cancer Society’s ‘Paint it Pink’ campaign, taking place throughout October, people across Ireland are encouraged to raise vital life-saving funds that will support our continued investment in breast cancer research, advocacy and services. People can raise funds by hosting a pink coffee morning or event - visit www.paintitpink.ie for more information.

According to Dr Catherine M. Kelly, Consultant Medical Oncologist and breast cancer specialist at the Mater Misericordiae University Hospital and Mater Private Hospital in Dublin: “There is no doubt that the picture of breast cancer in Ireland is a much brighter one than that of 40 years ago. Much of this is down to huge advances in research. As a breast cancer researcher I’ve been at the forefront of some of these advances and can attest to the hope they bring to patients.

“While increasing survival rates are hugely significant, we must not become complacent in our battle with this disease. Better breast cancer research means better patient care, better outcomes, and one step closer to eventually beating this disease for good. That is why the Irish Cancer Society’s continued investment in cancer research – funded through you, the public – is so essential.”

In Ireland the BreastCheck screening programme began in February 2000 and since then over 450,000 women have been screened. The public now has more information than ever before about the signs of breast cancer, meaning that increasingly women will find a lump themselves and contact their doctor.

In 1976 mastectomy was the only surgical option recommended to women with breast cancer, involving removal of the full breast, underarm lymph nodes and chest wall muscles.  Now, a simpler lumpectomy is the more common surgery, directly removing the tumour and having less impact on the patient’s body. Partial mastectomies and breast reconstruction post-surgery are now options for patients that could only be dreamed of 40 years ago.

In the 1970s the causes and characteristics of breast cancer were only beginning to be understood. But when researchers found that the hormones oestrogen and progesterone are commonly linked to breast cancer growth, testing soon began on the drug Tamoxifen, which helps prevent the disease returning by blocking the effects of oestrogen. From Irish oncologist and radiotherapist Dr Moya Cole pioneering a clinical trial of the drug to 46 women with advanced breast cancer in 1969, Tamoxifen is now routinely used as part of a treatment plan after surgery, chemotherapy and radiation are finished.

Understanding the links between breast cancer and genes has also been a huge factor in treating the disease more successfully. In the mid-1990s scientists discovered that women who have changes in the genes BRCA1 and BRCA2 have a 50-80% increased risk of developing breast cancer and ovarian cancers. As a result, clinical trials are underway on new drugs that may be able to treat cancers that involve these genetic mutations.

The recent introduction of gene analysis to determine how effective chemotherapy would be as part of an individual cancer patient’s treatment plan has led to more personalised treatment for many women with early stage breast cancer. Since the ‘Oncotype DX’ test was introduced in Ireland in 2011, the use of chemotherapy has dropped significantly in those women.

The last five years alone have seen research discoveries that will profoundly change the way scientists see cancer in the future. In 2012 researchers announced an important finding- that the majority of breast cancers can be grouped into a number of subtypes. This molecular classification of breast cancers is a huge advance because it allows better prediction of the likely outcome for the patient and points the way for new treatments that will work better in those particular sub-types.

In 2016 breast cancer patients are being diagnosed earlier, undergoing less invasive surgery and receiving more targeted therapies. We now know that every breast cancer is different. Future research will focus on personalised treatment that is even better equipped to save lives and get patients back to full health.

The Irish Cancer Society is funding a €7.5 million collaborative cancer research centre called BREAST-PREDICT that is working to achieve the development of personalised medicine. BREAST-PREDICT commenced in 2013 and is made up of approximately 50 breast cancer researchers based all around Ireland. BREAST-PREDICT aims to test new treatment strategies for breast cancer patients, understand how patients respond to certain medicines, study the evolution of breast cancer and determine if exposure to commonly utilised medicines has an impact on breast cancer patient outcomes. This world class research is giving us a better understanding of why patients respond differently to treatments and helping to develop treatments based on each individual patient.