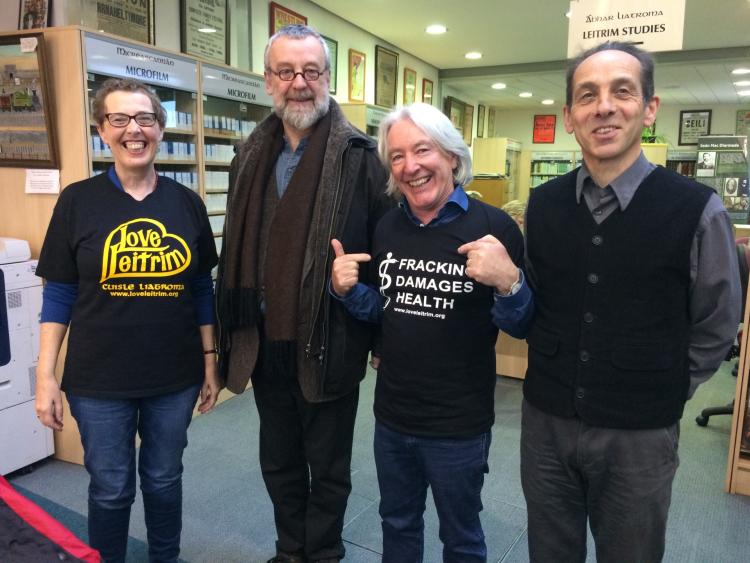 In advance of the introduction of a bill to ban fracking next Thursday, October 27 local writers were wearing their anti-fracking coloursat the Ballinamore Words Ireland series in Ballinamore last night (October 22).

High profile writers such as  author and Irish Times columnist Michael Harding, and poets and writers Brian Leydon, Monica Corish and Children's author Gerry Boland were happy to wear their words and support the anti-fracking campaign by Love Leitrim.

Fine Gael Deputy Tony McLoughlin is proposing a bill to the Dáil to ban fracking in Ireland which has expert opinion behind it. Leitrim TD Martin Kenny has assured his support and that of Sinn Féin for the bill.

Love Leitrim are asking other TDs to get behind the bill.

Gardaí and emergency services are currently at the scene

Leitrim households asked to pay €19,000 each for sewrage scheme