Bill to ban fracking paused until 2017 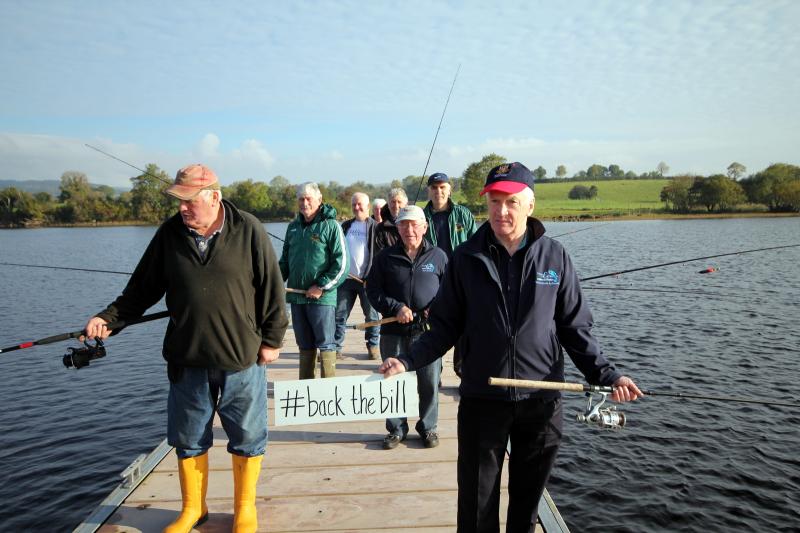 Fishermen taking part in the 'Back the bill campaign on Lough MacNean, Blacklion, Co Cavan at the weekend. Photo by Tony Griffin

The Government have proposed to pause Deputy Tony' McLoughlin's bill to ban fracking from progressing through the legislative process until June 30, 2017.

Deputy McLoughlin's bill to ban fracking in Ireland has gained a lot of publicity this week (it is on the front page of the Leitrim Observer) and will be debated in Dáil Eireann tomorrow, Thursday, October 27. 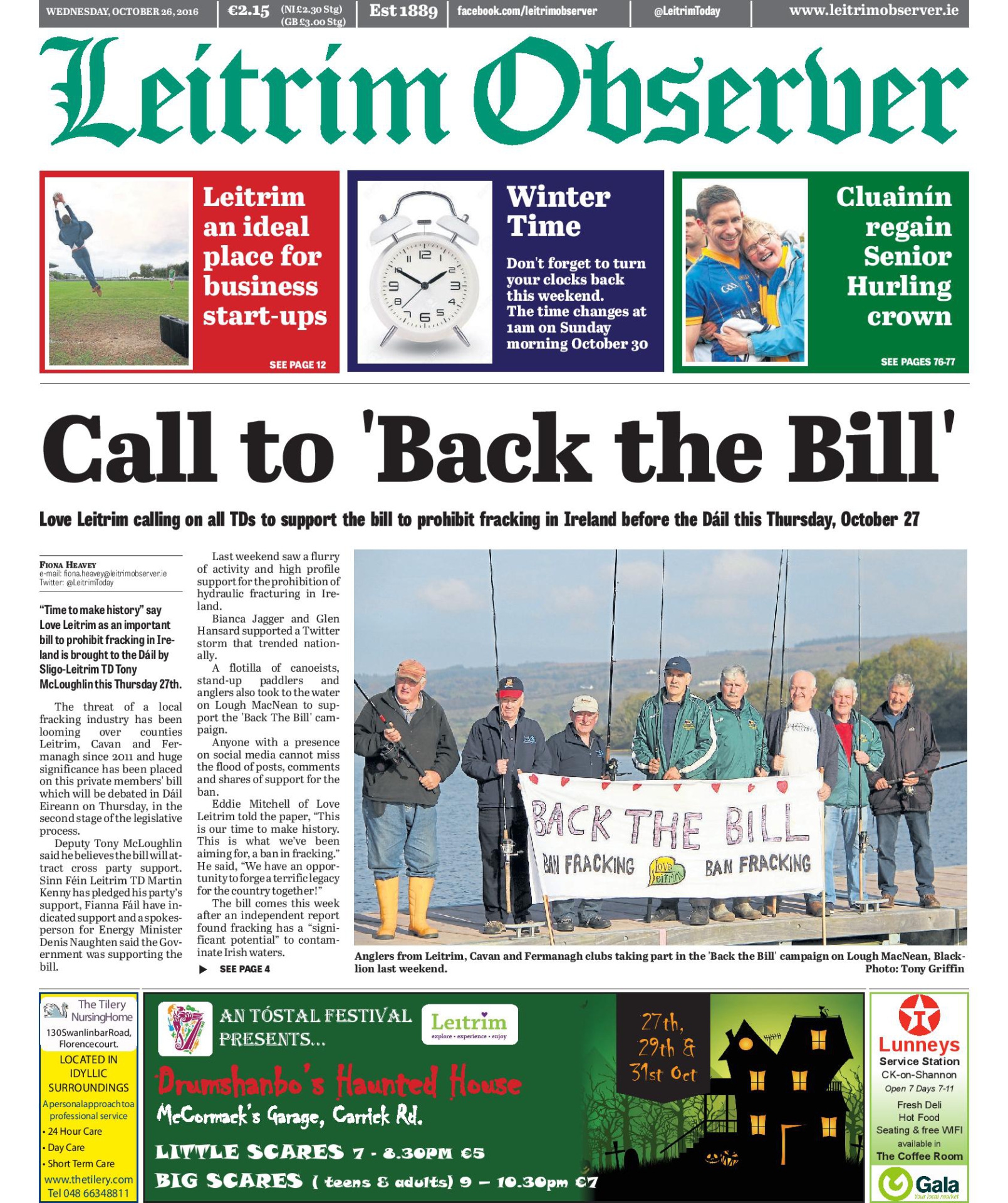 This afternoon, the Sligo Leitrim Fine Gael has issued a clarification statement.

McLoughlin states, “After speaking with Minister Denis Naughten this morning, I wish to clarify, that the Government will be accepting my Private Members Bill which will be debated in the Dáil tomorrow afternoon”.

“I have been advised that the Bill will be accepted and it will pass the Second Stage of the legislative process in the Dail, after the vote takes place next Thursday”.

“The Government has proposed an amendment to tomorrow’s motion, which will pause the Bill’s passage to the Committee Stage until after 30 June 2017”.

“I believe that this is in order to allow due process to take place with regard to the EPA research process and to allow the Department time to consider its findings before the Committee Stage commences”.

“The Bill will however, be permitted to go before the Joint Committee on Communications, Climate Change and Environment from next week for pre-legislative scrutiny to take place”.

“I want to be very clear, that my Private Members Bill to ban fracking will be progressing through to the Committee Stage after next Thursday’s vote. There will be no further votes on my Bill at Second Stage in the Dáil.

"I believe that the overall principal of my Bill will have been accepted next Thursday by Dáil Éireann and I will be lobbing the Minister and the Committee Chairperson to have my Bill, before the Oireachtas Committee for Committee Stage by July 2017. "