Amendment on fracking Bill will not be supported 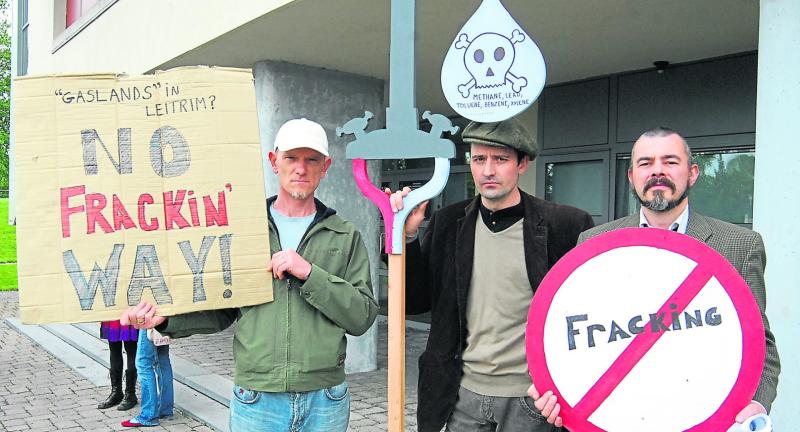 Fianna Fáil TD for Sligo-Leitrim Marc Mac Sharry says he will oppose a Govt amendment to a Bill which bans fracking. The Bill would prohibit all fracking activity in Ireland, however the Government wants to water down the legislation, which could see the door left open for potential fracking in the future, he claims.

Deputy Mac Sharry explained, “I want to commend Deputy Tony McLoughlin for bringing this Bill forward. The legislation, in its original state, would have seen fracking banned outright – and would have been fully supported by me and my party colleagues. I have been a long-time critic of fracking and want to see the practice banned outright.

“Unfortunately the Government has now tabled an amendment to the Bill, which completely goes against the wishes of people living in the North West, which is earmarked for some fracking projects. Fianna Fáil is completely opposed to fracking, because of the potential risks to the environment and our drinking water sources. This is a seriously contentious issue in Leitrim, as the area has been identified as having potential for fracking, however local opposition groups have been extremely vocal about the health risks associated with it.

“I am extremely disappointed with the Government’s decision to table this amendment, which effectively rows back on the original premise of the Bill, and fails to put in place a concrete ban on fracking. Other countries including France, Scotland, Wales and New Zealand have banned the practice – I can’t understand this Government’s reluctance to follow suit. This is a major health and environmental issue and the Government should not be swayed by exploration companies.

“Fianna Fáil is happy to support an outright ban on fracking, which was the original intention of Deputy McLoughlin’s Bill. I will continue to work to ensure that legislation to outlaw this dangerous practice is brought forward and passed”.