Over €6million announced for Leitrim jobs, recreation and tourism projects 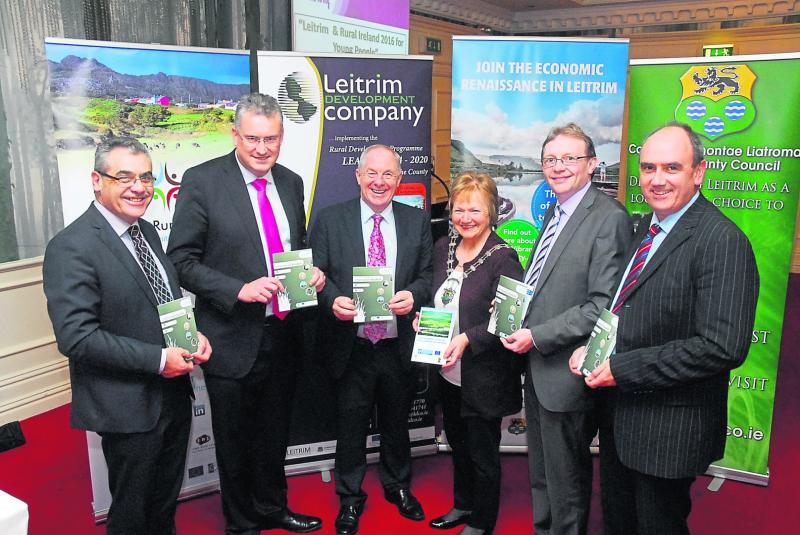 A staggering €5.9m in LEADER funding as part of the Leitrim Local Development Strategy was announced by Minister of State Michael Ring last Thursday, October 27 in Carrick-on-Shannon.

The Minister also launched the provision of €500,000 for a Shannon Blueway trail from Acres Lake to Drumshanbo and €190,000 for the development of the Cavan Leitrim Greenway as well as funding for Coillte trails locally as part of national funding totalling €3.11 million.

The LEADER funding of €5.9m with €4.5m in grant aid will be divided between tourism projects, enterprise, town and village enhancement and social inclusion training and infrastructure for rural communities.

The overall programme runs until 2020 and hopes to create almost 50 new jobs as well as sustaining hundreds of jobs already in the county.
The Leitrim Local Community Development Committee hope to deliver actions “that will transform rural communities into stable, thriving socio-economic hubs of inclusive community spirit, environmental best practice and superior quality of life.”

The LCDC places a strong focus on supporting job creation and sustainability, on economic activity, across a range of sectors and also on supporting the very vibrant community and voluntary sector in Leitrim to continue to provide services and opportunities for inclusion in their communities.

The LCDC will also focus on conserving and enhancing the environment and energy efficiency in the county through the LEADER programme. Brian Smyth said the application process “will be competitive” and many applications are expected. Following expressions of interest, the application and then evaluations will proceed.
It could be Spring 2017 before funding is granted.

The Expression of Interest process is now open so interested people or groups should apply for funding for specified projects on www.ldco.ie or call (071) 9641770.

Leitrim Development Company are holding two important information sessions next week.
The first session will be held on Monday, November 7 at 6pm in the Bee Park Resource Centre, Manorhamilton and the second will be on Thursday, November 10 in The Bush Hotel, Carrick-on-Shannon at 6pm.

Under the previous Rural Development LEADER Programme 2007-2013, Leitrim Development Company awarded a total of over €7.9m in funding to 253 projects in Co Leitrim. This new funding allocation is €2m down on the previous programme and much stricter.

Meanwhile, the €500,000 announced by Minister Ring last week for the Shannon Blueway from Acres Lake to Drumshanbo is expected to include a number of trails on water and land to enhance the experience of Drumshanbo and to make local amenities easier to access for locals and visitors.

The Cavan Leitrim Greenway has been awarded €190,000 for developing the route which follows the old narrow gauge railway line between Mohill and Belturbet, Co. Cavan, taking in Ballinamore and Ballyconnell.

The 26 mile route is to be developed as a cycle/walking route and is still in development stage between Leitrim and Cavan County Councils. Cllr Caillian Ellis welcomed the funding for the Greenway which he has been campaigning for since it was first mooted.