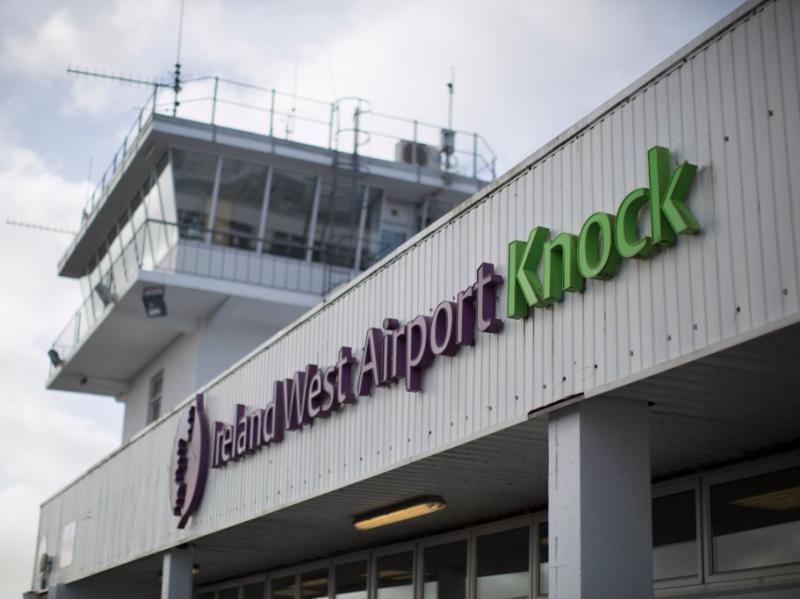 The rise and rise of Ireland West Airport Knock will be explored in a new six-part UTV Ireland documentary series, beginning on Monday, November 7 at 8pm.

Nestled just inland off the Wild Atlantic Way, and with the shadow of Croagh Patrick looming in the background, the legacy of Monsignor James Horan is celebrating 30 years in business this year. For the first time, we see inside the unlikely success story of an airport which was initially a strip of tarmacadam atop a peaty mountain, in The Airport Up in Knock.

With exclusive access to every part of the airport itself, The Airport Up in Knock is a unique documentary following the daily lives of the customers and staff of Knock Airport, and demonstrates how tightly woven the airport is into the modern DNA of Mayo and the West of Ireland. From customer services to airport operations, right up to the kitchen where the infamous ‘Knock Special’ is prepared, we take a trip with the passengers, staff and community of this vital lifeline for the west.

Across the series we follow Jim Corry, the airport’s head of technical operations since it opened in 1986, as he makes sure that all of the airport’s navigational equipment is running smoothly for a vital inspection from the aviation authority. If the equipment isn’t up to scratch then the whole airport could be shut down - will everything go according to plan?

Head of operations John McCarthy is busy overseeing the preparations for a celebration of 30 years in the business, with dignitaries arriving into the airport for a gala dinner from around the world.

Downstairs, Anne Hardman and the rest of the customer services department are busy helping passengers from all walks of life get to where they need to go, in a speedy fashion. Their friendliness and camaraderie is the life blood of Knock Airport, and they play a vital role in getting nearly a quarter of a million people through the airport every year.

Elsewhere, Donal Healy and Audrey Elliot from the marketing department are devising ways to highlight the new route to Edinburgh from the airport, while also planning ahead to welcome the airport’s 10 millionth passenger, who is unwittingly about to arrive into the airport - what surprise is in store for this lucky traveller? Also on the agenda is organising a 5K runway run to celebrate Knock Airport’s 30th anniversary and to raise money for local charities.

The airport’s chief of security Pearse Concannon is working with members of the Gardaí and Defence Forces to get ready for the arrival of their biggest VIP yet – the Vice President of the United States, Joe Biden. Aside from that, he’s busy running a tight ship, ensuring that the security at Knock Airport is up to the highest international standards.

Perched high above the rest of the airport in the control tower, Mike Connolly and his team of air-traffic controllers have a bird’s eye of all arrivals and departures. The flights are in good hands, but with the airport set on ‘a foggy, boggy hill’, weather can play havoc with planes landing in the west. The only transatlantic flight is set to land from Boston, but with the airport at near zero-visibility, touch down is looking unlikely. Will the flight be diverted to another airport or can Mike and his team safely guide it in?

We also meet two commuters who travel through Knock Airport each week to work in the UK.

Over the last three decades, the airport has seen its yearly passenger numbers increase from just over 9,000 in its first year, to a forecasted 725,000 passengers in its 30th. Knock Airport boasts an average of 150 flights per week, to 23 destinations across the UK, Europe and the United States.

More than 300,000 visitors from overseas visit the region annually through the airport, contributing to an annual tourism spend of €133m, which supports close to one million bed nights and over 900 jobs in the wider region.

Aside from providing a vital lifeline to the tourism trade and businesses in the West of Ireland, the airport also provides local employment, with 100 full time employees - rising to 150 (including part-time) during the busy summer season.

Speaking about the brand new series, The Airport up in Knock, executive producer Jamie D’Alton of Motive Television said, “This series was inspired by the tireless work of those who make Knock Airport an important gateway to the west of Ireland. We wanted to highlight the vast visitor numbers that the airport generates in the wider region, as well as the important role it plays in the daily lives of many local people through employment. Business is booming, and as the airport celebrates its 30th birthday this year, it’s showing no signs of slowing down!”

The Airport Up in Knock airs at 8pm on Monday, November 7 on UTV Ireland. The series has been part-funded by the Broadcasting Authority of Ireland Sound and Vision Fund.