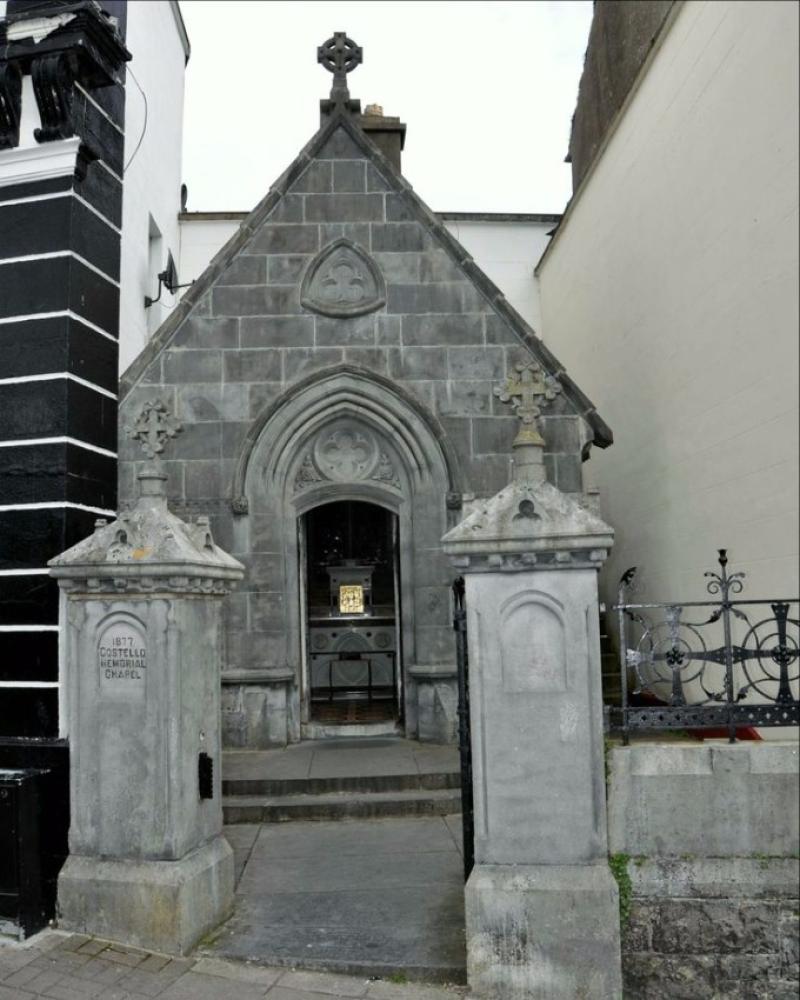 Judge Kevin Kilrane has ordered a Carrick-on-Shannon resident to stay out of the county town and to be “strictly monitored” by Gardai.

Mr Stokes pleaded guilty and elected to be tried at Carrick-on-Shannon District Court.
Inspector Denis Harrington informed the court on October 20 this year, the defendant entered Costello Memorial Chapel with a screwdriver and “tried to force open the collection box.” The Inspector said Mr Stokes returned to the same location again on November 6 and “used a chisel to try and open the collection box.”

He said Mr Stokes was identified on both occasions on CCTV and he admitted the crime. He explained Mr Stokes had been on bail at the time.
Mr Stokes had previously been ordered to stay away from Carrick-on-Shannon town centre, but at a court sitting on September 27 this year the bail conditions had been relaxed and his case had been adjourned to January 17, 2017 to monitor his behaviour.

Defence solicitor, Niamh McGovern asked her client “Why did you do it?”
Mr Stokes told the court, “I had half a bottle of cider.. .and wanted to get drink.”
He apologised to the court and said he would agree to any conditions set by the judge.

Judge Kilrane told Mr Stokes he was looking at “consecutive sentences” in prison.
The judge granted bail of €300 on the condition Mr Stokes does not enter Carrick-on-Shannon past the Tesco roundabout, except to collect social welfare on Wednesdays. He is restricted to one hour in the town and the judge told gardai to “strictly monitor” him.

The case was adjourned to November 22.