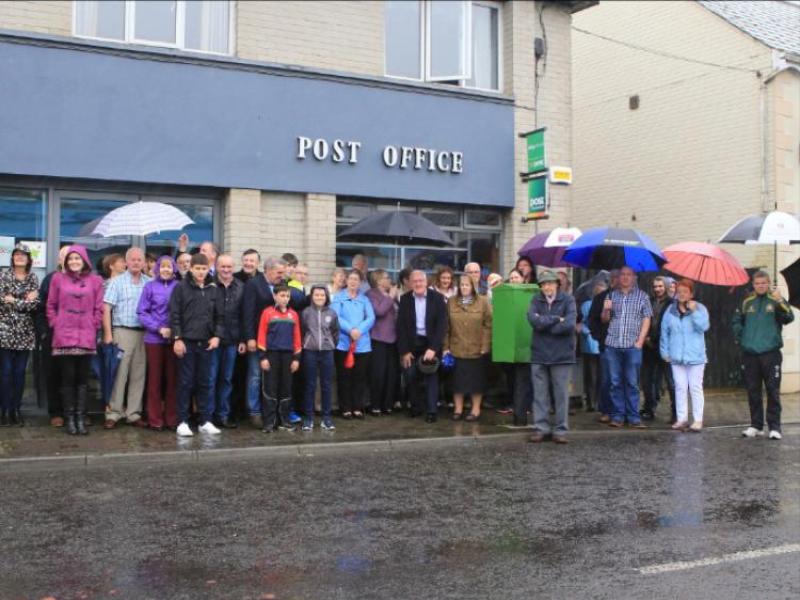 Protest outside Ballinamore Post Office on High Street in September this year.

Ballinamore Post Office is due to move to new premises in the next month according to An Post.

Ballinamore's post office was due to move to a new location by mid October, under a new post master. There had been a protest held on High Street, Ballinamore in September against any relocation of the office.

The move did not take place and trading is still ongoing in the High Street Post Office building. A spokesperson for An Post said they are "expecting to complete the move in the next few weeks." They said there is not set date, but will inform the public of the date when it is available.

Speaking on behalf of the local action group, Joey Smith said  in September that they wished to send very clear messages to the “powers that be in An Post – that there is widespread support for Mrs Miriam Martin and her family in retaining the Post Office outlet and that every effort will be made to prevent the postal business being moved away from High St. which could result in a further premises being closed up.”