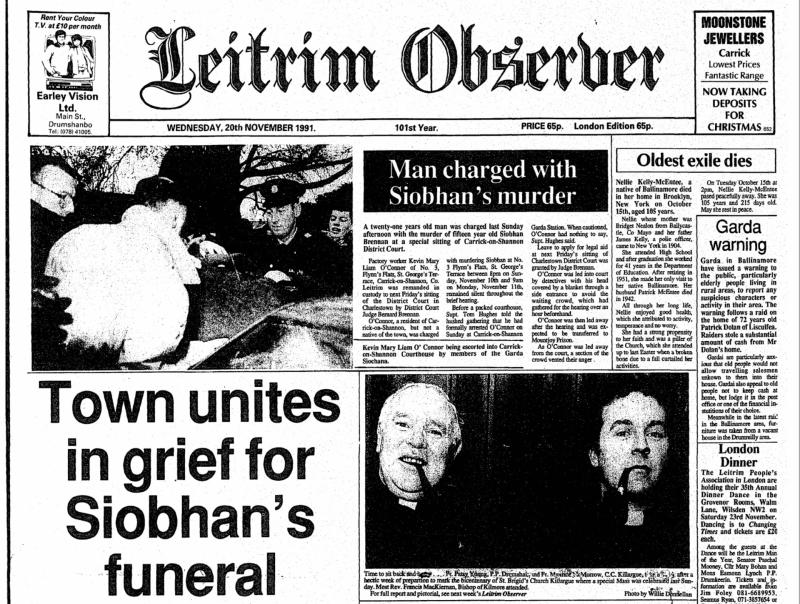 November 10, 1991 was a black day for the town of Carrick-on-Shannon and Leitrim.
It was the date on which a murder occurred. This was the time that we woke to the news that the body had been found of 15-year-old school girl, Siobhan Brennan, daughter of then local detective Andy and Nora. This week marks the 25th anniversary of those tragic events, events that were like a hammer blow to the town. It was and is regarded as one of the worst tragedies in living memory.
Siobhan's body was discovered in a lay-bye on the N4 road at Clonart Bridge. She had been strangled.
The alarm had been raised by her mother at 2.30 am when her daughter failed to come home from her job at Glancy's Supermarket the previous evening. 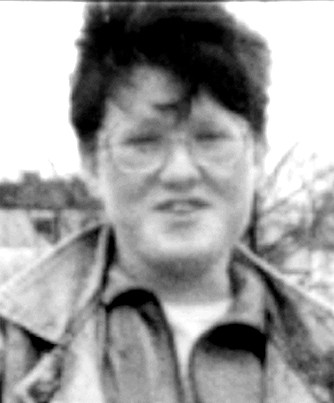 Last seen by her friends at Gartlan's on Bridge Street there was immediate concerns as to her whereabouts.
Unfortunately not long after a woman on her way to work found the teenager's body hidden behind the walls of the bridge.
The entire town and the surrounding areas were shocked by the news and the ensuing man hunt that followed.
Known as a quiet but popular girl it was understood that Siobhan wouldn't take a lift from a stranger or get into a car with someone she didn't know. Fears at the time were growing that she may have been abducted while walking home.
The entire town was in fear as to whether there was a murderer in their midst or that a stranger had somehow come across the 15-year-old as she made her way home to Summerhill. School children became fearful of walking on their own and as darkness approached on the town the streets became empty. No longer were people out walking on their own and a kind of hush fell over the town as we waited to see would the culprit be caught and if so who it would be.. local or stranger.
Immediate focus was placed on the recovery of her glasses and jacket.
The crime received nationwide attention with RTE news featuring a re enactment of Siobhan's movements on the night in the hope it would jog someone's memory. But in the background gardai had a suspect and within days he appeared before court charged with her murder.
A large crowd gathered outside the court on the day, which then sat at what is now The Dock Arts Centre. Original fear had turned to a deep anger, anger over such violence that led to the end of a young life.
Just three days later the entire town of Carrick came to a stop for Siobhan's funeral. Businesses in the town closed down for the duration of the funeral while Carrick-on-Shannon Vocational School, where Siobhan was a pupil, remained closed for the day.
Hundreds of people lined the streets in an unprecedented show of solidarity and outpouring of compassion.
Afterwards attention turned to then 21-year-old Kevin Mary Liam O'Connor who was living in a flat at St George's Terrace at the time. He was charged with the murder of Siobhan at his address.
The following June saw him receiving a life sentence at the Central Criminal Court. He had pleaded guilty.
And, although 25 years have passed people still talk about this tragedy, It had a profound effect on a town which had never seen its like before.
A crime such as this strikes at the heart of the community but this was a community that rallied not just behind the Brennan family but also the O'Connor family. It showed strong solidarity with the assistance received by the gardai from the public warranting special praise.
A quarter of a century has passed but people will always remember Siobhan and the horrible crime which claimed her young life, a crime that snatched away a daughter, a sister and a friend.
Her death eradicated a slice of innocence not just for her fellow pupils and friends but also the community in general. It is a crime that remains in the hearts and minds of the people.