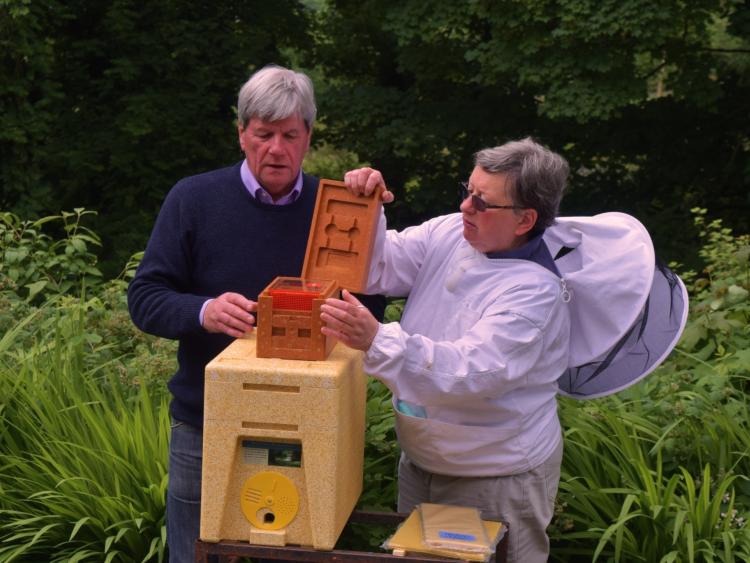 In the third half hour episode in the new series of UTV Ireland’s Lesser Spotted Journeys on this Sunday, November 27 at 5pm, Joe Mahon explores Drumshanbo where he finds out why the town is well-known in Saudi Arabia for its jam, gets a crash course in beekeeping and visits the former island home of a 19th-century sea captain.
In this episode, Joe visits the town of Drumshanbo on the shores of Lough Allen. Joe takes to the water first of all, heading out on the lough with Sean Wynne from the Lough Allen Adventure Centre. Sean takes Joe on a boat trip to an island with three names, stopping to investigate some drowned trees on the way. Joe finds out about the origins of the three names of the now-overgrown and abandoned island, and learns about the previous occupant, a 19th century sea captain who loved boats and rare trees. Joe also hears about the island’s connection to the family of famous explorer, Ernest Shackleton, and how we owe our knowledge of the Captain O’Connor’s elaborate boat-house to them.
Back on dry land, Joe peruses the permanent exhibition of Drumshanbo history in the Credit Union building, courtesy of three generations of the McPartland family. Noel McPartland chats to Joe about his time working for one of the biggest employers of the 20th century in Drumshanbo, the jam factory of the Laird family. Noel tells Joe about the entrepreneurship of Caleb Laird, who brought electricity to the town long before it reached other rural areas of Ireland, and discusses how Drumshanbo jam was a brand leader in Saudi Arabia for many years.
Finally, Joe pays a visit to beekeepers Mary McNutt and Mary Hyland, who are on a mission to promote our fragile honeybee population. Mary McNutt demonstrates for Joe the polystyrene hive starter kits she supplies to beginner bee-keepers, and gives him a crash course in the rudiments of bee-keeping and the dynamics of a mating hive. Botanist Mary Hyland takes Joe on a tour of the hedgerows near their home, pointing out the flowers which are best for honeybees. Mary reveals which common plant makes the “champagne of honey”, and why, despite its ubiquity, its honey is so rare. She also makes a plea for a much-maligned “weed” that is vital for our bee population.