‘A Night at the Mart’ 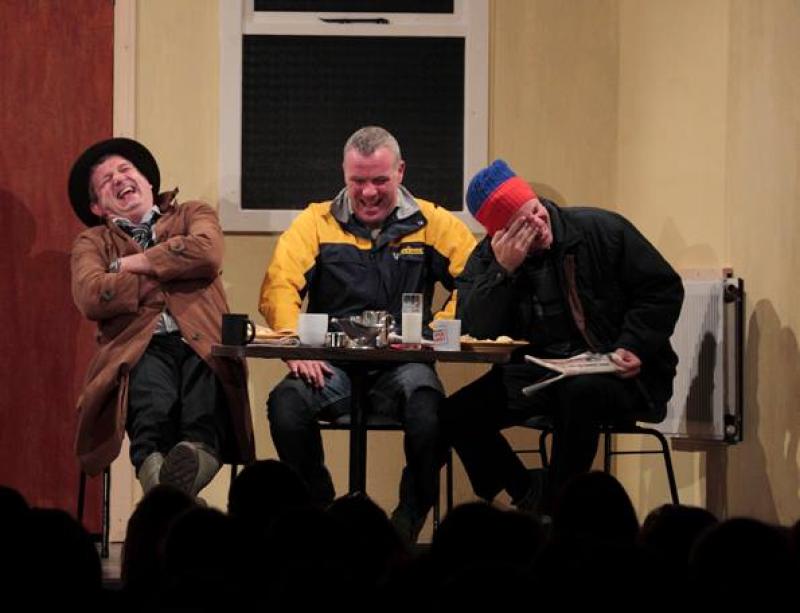 An exciting and hilarious new one act play called ‘A Night at the Mart’, written by Joe McManus hits The Corn Mill stage in Carrigallen for it last performance of its tour on Saturday night, 3rd December at 8.30pm.

The  play focuses on family and togetherness in a community, and is laced with lots of comedy. It is set in a canteen at a mart and features a robbery, which is a reflection of modern day life. This is the second time that Joe McManus gives us an insight into life in the fictitious village of Keenlara.

His last play ‘Lies’ was also set there and now we are returned to this village.  Joe got the inspiration to write this new play following a visit to Carrigallen Mart one night when a man said to him, ‘sure without this place I’d be lost’.

The play is directed by Sean Feeney, and the group are grateful to the expertise of Brian Reilly.