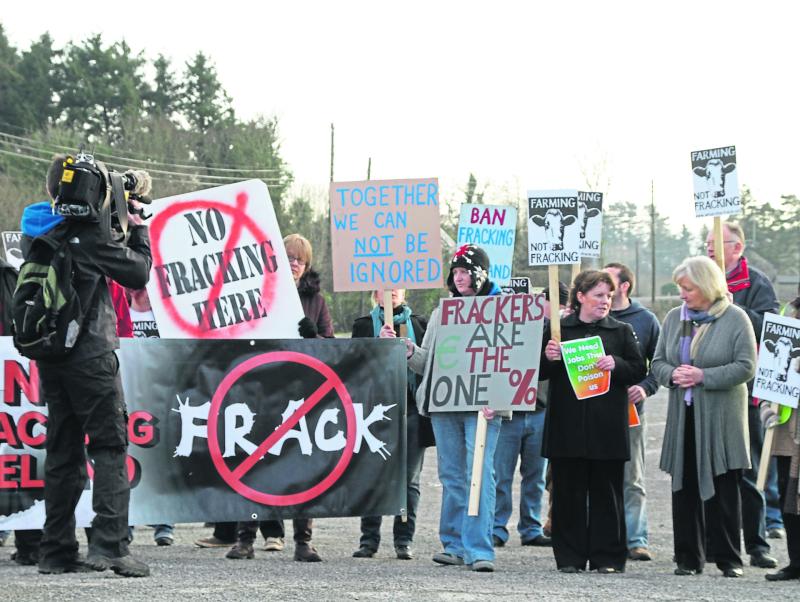 Thee have has been huge reaction today to the EPA's report on Fracking and  Environmental Minister Denis Naughten's support of the prohibition on the process in Ireland.

Good Energies Alliance Ireland welcomed the report that supports the conclusions reached by the campaign against fracking:
“This industry is dangerous, has serious potential impacts on water and air quality; its long-term impacts are largely unknown and current regulations are inadequate to ensure good practice in the development of this industry.

"Such conclusions leave out the enormous gaps in this report – the impact of fracking on the well-being and health of the communities affected by this industry and its contribution to carbon emissions at a time when globally we have to tackle climate change. If these are added to the list, it becomes abundantly clear that fracking is completely undesirable and that we are right in calling for a permanent ban on this industry.

"The controversial EPA Report on Fracking is an extensive study, dealing with possible impacts on surface and ground water, air quality and earthquakes. It also deals with monitoring and regulatory requirements. After two years research and over €1 million spent, it comes up with little more than confirmation of what campaigners against fracking have always said!

"Unfortunately, this report did not consider the impacts of fracking on the health or well-being of communities, leaving a huge gap in the analysis of the process. Amazingly, the report concluded that “many of the activities associated with UGEE projects/operations could proceed on the island of Ireland, while protecting the environment and human health, using the best practices identified in Project B and applying the current regulations, together with a small number of additions and modifications complemented by adequate implementation and enforcement.”
"Weasel words indeed! “Many of the activities” does NOT mean “all of the activities”.

The Environmental Pillar, which is a coalition of 28 Irish environmental NGOs, says the decision is the right thing to do to protect the health and well-being of communities around Ireland.

The decision is also an important marker of Ireland's commitment to stopping climate change and moving to a sustainable low carbon economy.

Aedín McLoughlin spokesperson for the Environmental Pillar told www.leitrimobserver.ie "Fracking is a deeply damaging practice. It damages the climate, the environment, and ultimately communities.

"It has serious potential impacts on water and air quality; its long-term impacts are largely unknown and current regulations are inadequate to ensure good practice in the development of this industry.

"The decision not to pursue fracking in Ireland is needed to protect communities from the damaging impacts of fracking such as the contamination of water and the health impact of gas emissions. It also is needed to meet our climate change commitments.

"We welcome the publication of the report which makes three very important points: 1. Fracking wells can fail and contaminate the water table 2. The cracks generated during fracking can contaminate ground water and we don't know enough about the location of underground aquifers to prevent this. 3. Even wells that have stopped production can (and do) leak methane, a potent greenhouse gas.

"This makes it very clear that the risks to the environment and public health from this practice are significant.

"In addition to the direct environmental and health impacts the use of fracking would also contribute to climate change."

However Kate Ruddock, Deputy Director of Friends of the Earth  pointed out that “Although extremely lengthy, this research does not actually address many of the big concerns people have with fracking.  There is no analysis on the risks of fracking to public health, nor is there an assessment of the impact fracking would have on Ireland’s greenhouse gas emissions and global climate change obligations."