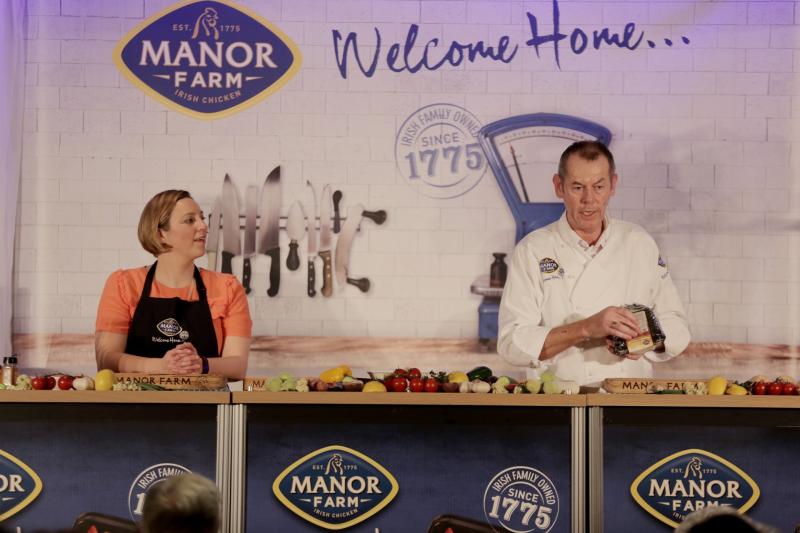 More than 400 ICA guild members were among the audience who attended Manor Farm's Healthier Eating event in Cavan on Wednesday night.

Now in its second year, the Irish chicken producer's Healthier Eating roadshow has been touring Ireland to spread the message of good nutrition and how to make healthier meals at home. The event also emphasises the importance of buying Irish.

National President of ICA, Marie O'Toole, welcomed "the continued support of Manor Farm to highlight the simple steps people can take to make their meals more nutritious. This event demystifies a lot of confusion that exists when it comes to good nutrition and eating a healthy, balanced diet.”

Earlier this year, international research carried out by scientists from Imperial College London and published in the Lancet Medical Journal, revealed that by 2025 the level of obesity among women in Ireland will be the second highest in Europe.

“Our research shows that the majority of cooking at home is carried out by women. The average working mother in Ireland is under enormous time pressure with an average of just 21 minutes to prepare a meal. There’s a temptation to serve foods that are quick to prepare, but these are often high in calories and nutritionally poor,” according to Vincent Carton, Managing Director of Manor Farm.

More than 3,000 ICA members have attended Manor Farm's Healthier Eating event to date.  The informative, fun and interactive roadshow is continuing in 2017. You can register your interest by emailing office@ica.ie or see the ICA Facebook page and website for further details.