Boyle is Ireland’s Most Enterprising Town 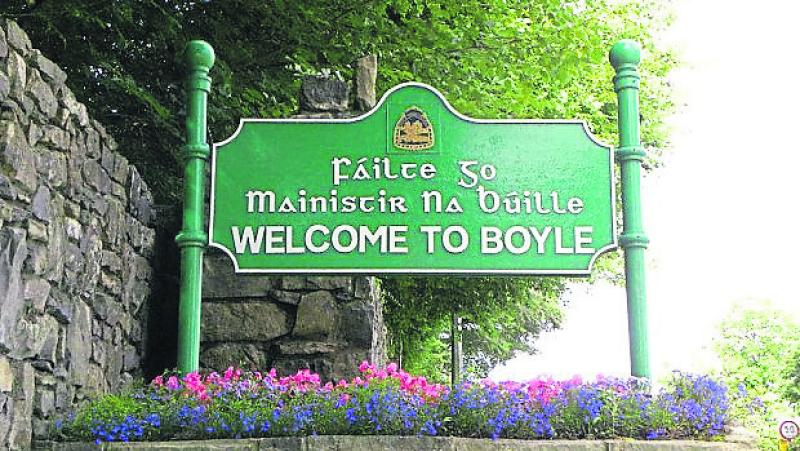 Congratulations are being extended to all the people of Boyle as the town was named the overall winner of the Bank of Ireland National Enterprising Town competition in the Abbey Hotel in Roscommon.

Fianna Fáil TD for Roscommon/Galway Eugene Murphy said “I am absolutely delighted that Boyle can now claim to be Ireland’s Most Enterprising Town. Boyle also scooped the county award on the night, beating off strong competition from Ballaghaderreen, Castlerea and Roscommon. Well done also to Castlerea as they won a Merit award on the night and indeed congratulations to the other County Roscommon towns who made such an effort in taking part in this competition."

As part of the award the Boyle team received two beautiful Galway Crystal trophies, and €13,000 which includes €3,000 for the county award and €10,000 for the national award.

Well done to all members of the Boyle Town Team – the lead group in the town’s application- which was represented by Brian Nerney (Chairman), Frank Geelan (Treasurer), Patricia Golden and David Gunning.

"To win the county award is a great achievement but for Boyle to win the overall national award is simply terrific and it really puts the town on the map and showcases all that is great about the area. Well done to the Town Team members, the Chamber of Commerce, community groups, business people and individuals who made the judging day a success. Boyle is of course so well known for its high profile tourism products such as Boyle Abbey, King House and Forest Park but there are also great restaurants, shops and industries in the area. Part of the judging process also involved visits to Vention Medical, Trojan IT and Feelystone which really showcased the great sense of entrepreneurship and industry in the town- well done Boyle and continued success for the future!,” said Deputy Murphy.