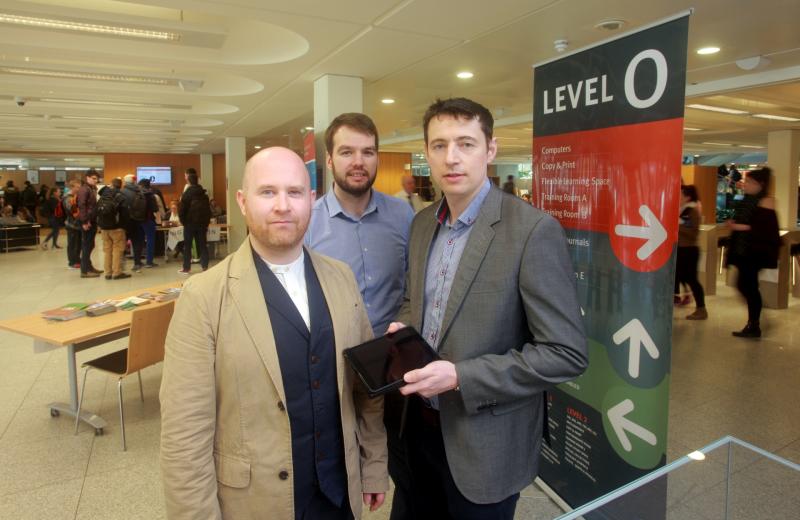 Two men from Leitrim are two company founders of an app that has just landed  a contract with The University of Manchester to develop a wellbeing mobile application for the institution’s 40,000 students and 10,000 staff members.

StudyBundles, which was founded by two Leitrim men, Declan Sweeney from Kiltyclogher and John O'Hagan from Manorhamilton  along with Daniel Hinkley is headquartered at IT Sligo’s Innovation Centre, also has an office in Manchester, less than a mile from the University’s Oxford Road campus.

The innovative new software will utilise the latest native app technologies, building on the success of StudyBundles’ established CampusConnect product, which is already helping boost student enrolments for a number of leading Irish universities.

The company has also just signed a new contract to provide the CampusConnect app at Limerick IT and recently renewed its deals with the University of Limerick, Maynooth University and Letterkenny IT. StudyBundles is currently in talks with several other UK and Irish institutions on providing them with CampusConnect.

This is a huge success story for a small Irish firm and both businessmen are back living in Leitrim.