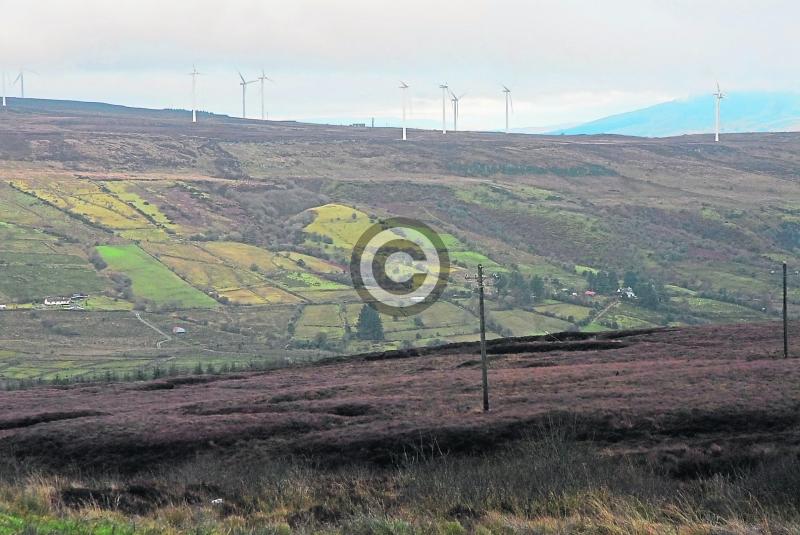 Monday night December 12,, saw over 20 people on the Sligo side of Kilronan Mountain taking part in an intense search and rescue to recover the body of Pat McCaffrey.

Alan Sayers of Sligo Leitrim Mountain Rescue outlined that a well co-ordinated recovery of the body was led by the fire service and included gardai, paramedics, mountain rescue, workers and neighbours.

Mr Sayers told the paper the conditions were “extremely difficult” on the mountain. He said the weather conditions were dark and misty with very poor visibility. The ground was unstable and soft and rescuers had to be careful of their own footing throughout the night, as a further landslide was a possiblity.

Superintendent Pauric Burke from Ballymote Garda Station also said the conditions were difficult and the land was mucky.
The body of Pat McCaffrey was found using thermal imaging from the fire service.
Mr Sayers said they found the body under the landslide at 10.30pm, but could not get him off the site until after 2am.

Mr Sayers said the digger had to be “dug out” but it saved the driver's life.
The experienced rescuer said the land had a “suction grip”.
The team were digging for a number hours on the site.
Mr Sayers said it was a “huge landslide” and he believed the land moved about 150m. He said the landslide happened “suddenly” and the men would have had “no time to move.”

Colin Scott from Moriarty Civil Engineering and Construction Company who were working on a windfarm project on the mountain said it was a “sad day” and their sincere condolences are with the Pat McCaffrey’s wife and family.
He said the company don’t know what went wrong and will be co-operating with Gardai and HSA investigations as well as conducting their own investigation.

He said there were about 20 workers on the mountain at different locations and the workers are “traumatised.”
He said Pat's death will have a huge impact on the company and the local communities.