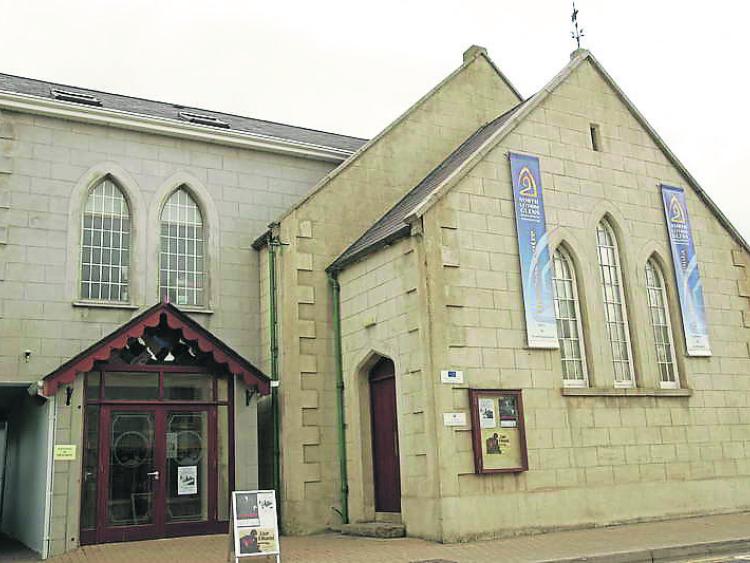 The Glens Centre in Manorhamilton

The Arts Council, the government agency for leading the development of the arts in Ireland, today announced funding of €439,000 for Leitrim in 2017. A total of four local centres and organisations have been awarded funding by the arts agency.

The Leitrim-based arts organisations that have successfully been awarded funding include the following:

- The Glens Centre (€39k) is an independent multi-disciplinary venue in Manorhamilton. Opened in 1991, it has a 140 seat theatre, a recording studio and accommodation for visiting artists, either for performance or as residents. It is a resource for artists in Leitrim through the provision of facilities, studio space and residencies. It also promotes touring work and hosts a youth theatre group.

- The Dock (€75k) is a multi-disciplinary, local authority-owned venue in Carrick-on-Shannon, opened in 2005. It is a refurbished courthouse with an emphasis on gallery space and contains visual arts studios, a 90 seat auditorium and café while incorporating the Leitrim Design House within the building.

- The Leitrim Sculpture Centre (€160k) has a large sculpture workspace, studio spaces and print facilities in the centre of Manorhamilton, Co. Leitrim. It mainly provides workspace and studios to professional visual artists, but there is also a large gallery. It is one of only three large sculpture workshops in Ireland that facilitate artists to work on a exceptionally large scale. In addition, the gallery provides a unique 'lab' type space where artists can exhibit new work.

- Fabulous Beast Dance Theatre (€165k) is an artist-led company that creates contemporary dance, whose imagery is strongly rooted in the Irish midlands where the company is based. This award-winning company presents high quality work on a consistent basis and has achieved a strong national and international profile.