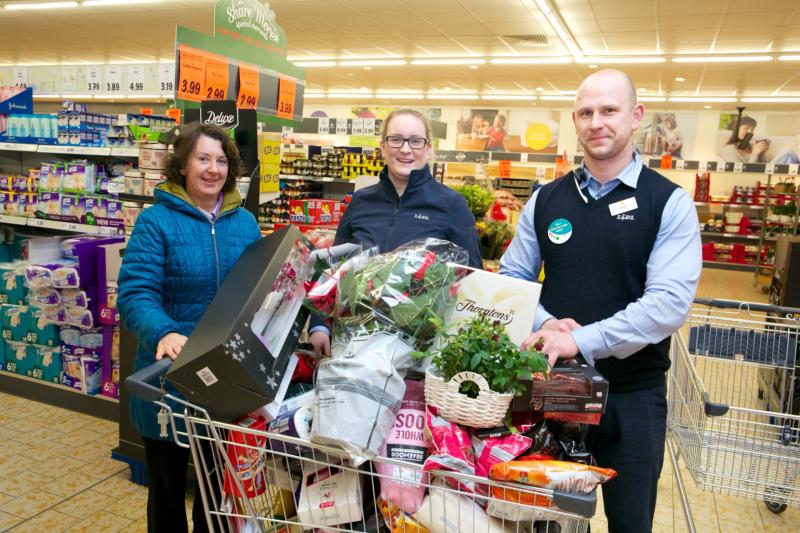 Maeve Brennan, is pictured at the Lidl Christmas Trolley Dash at Lidl Carrick-on-Shannon, where she managed to grab €490 worth of goodies.

The festive season was in full swing this weekend as every Lidl store right across the country offered one raffle winner the chance to dash around the store Supermarket Sweep style. T

The lucky contestant dashed around their local Lidl for 2 minutes, grabbing as many Christmas goodies as possible and Maeve Brennan, who was the winner in the Carrick-on-Shannon store, managed to grab herself €490 worth of Christmas shopping for free.

100% of proceeds from the sale of Trolley Dash tickets went to Barretstown, Lidl’s charity partner and contributed to €1,798 raised in County Leitrim alone.

The Trolley Dash, which raised €262,199 in total in Ireland, raised much needed funds for Barretstown just before the new year.

Speaking about the Trolley Dash CSR initiative, Sinead Flynn, Lidl CSR team said: "Funds raised from this year's Trolley Dash are the result of combined efforts from both Lidl Ireland staff and our customers. In just 3 weeks, €262,199 was raised, completely exceeding our expectations. We'd like to thank everybody that got involved and purchased a Trolley Dash ticket for such a worthy cause."