Call for CCTV to be put in place 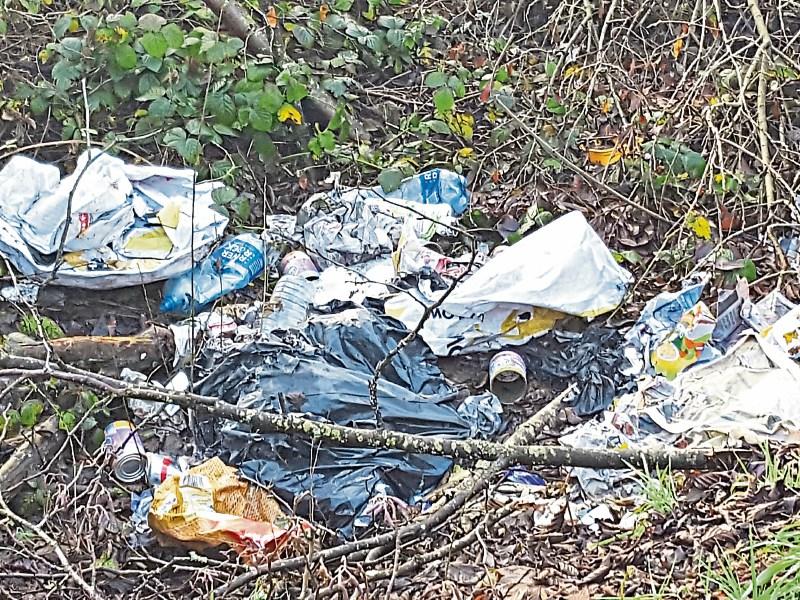 Residents in the Hartley area of Carrick-on-Shannon have expressed their frustration with what has been described as “ongoing illegal dumping”.

A member of the Hartley Residents' Association, Ms Kelly said that the dumping was not only unsightly, it was attracting vermin.

“This is a continuous problem but in the last month (the dumping) seems to have gotten worse,” she said.

Driving through the area there are areas where rubbish is being dumped along the road, but Ms Kelly said there were also reports of rubbish being dumped off the bridge into the Shannon.

“This is an area which we are trying to promote as a Blueway. It is an area near where people fish and it is terrible to see the rubbish being dumped,” she acknowledged.

“I have been in contact with (Leitrim County Council) a number of times on this and I know that the Residents' Association have also spoken to the Council.

“Something has to be done to act as a deterrent. At the moment people pull up and dump their rubbish and drive away,” she said.

Local residents volunteer for litter picks in this area two or three times a year as part of a Council initiative and they have recovered a large amount of rubbish including a TV, all dumped in the area.

On the day Leitrim Observer staff went to view the mess left behind by the illegal dumpers, two dump sites were quickly identified where rubbish bags containing cans, paper and plastics, were ripped open and lying amongst plants on the roadside.

Ms Kelly said that residents in Dundalk had experienced a similar problem last year and the installation of CCTV has helped to deter further flytipping. “Maybe the Council could look at a pilot scheme like this in Hartley,” suggested Ms Kelly.