Signing of Book of Condolence 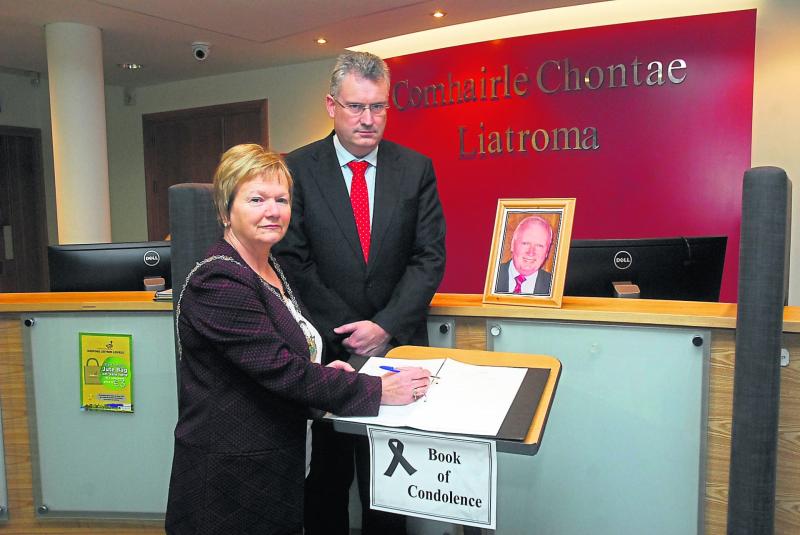 As a mark of respect on the death of Leitrim native Dermot, Leitrim County Council opened a Book of Condolence and this will remain open until January 25th.

The 72 year old Carrick native passed away peacefully on Saturday, January 14 following an illness at the Mater Private Hospital.
He is survived by his wife Maeve and children Fiona, Aoife and Ronan. He is also sadly missed by his family, brothers Niall, Lionel and Brian, sons-in-law Kevin and Carey, Ronan's fiancée Antonia, grandchildren, relatives and friends.

His remains will repose at his home at Harlockstown, Ashbourne, Co Meath from 4pm today. Removal at 6.30pm. arriving at the Holy Trinity Church, Ratoath at 7pm.

Funeral Mass will be held tomorrow, Wednesday, January 18 at 11 am followed by burial in the adjoining cemetery.