Anger over Department's stance on REDZ areas in Co Leitrim

Dromahair, Tullaghan and Kinlough will not be changed from current REDZ areas 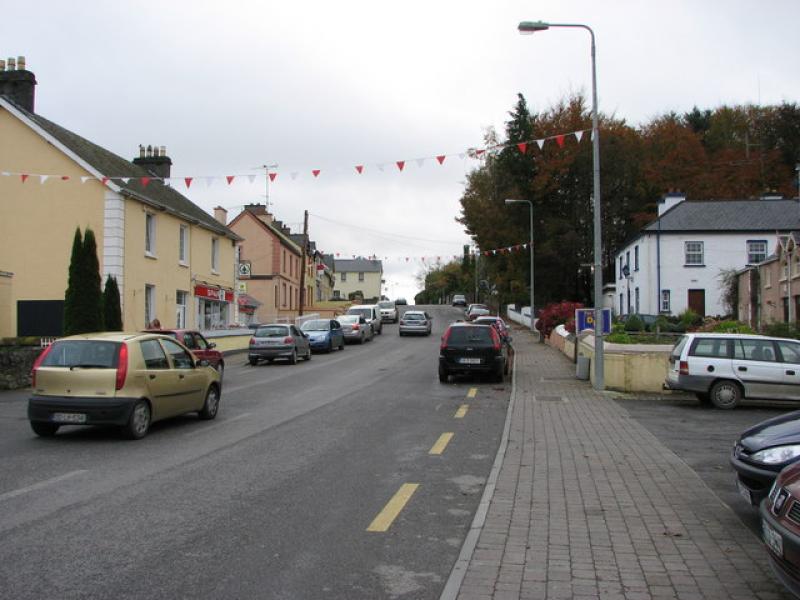 Dromahair is currently incorporated in a Sligo REDZ area.

Two of Co Leitrim's fastest growing urban centres and our most northerly village are at the centre of an ongoing campaign to reunite Leitrim under the Rural Economic Development Zone (REDZ) initiative.

While the rest of the county has been divided into three REDZ areas the villages of Dromahair, Kinlough and Tullaghan have been linked in with areas outside of the county boundary, something which has angered local communities and local representatives alike.

The REDZ initiative was originally piloted in 2015 and subsequently launched nationwide in 2016.
Under it the country is split into over 150 REDZ based on “functional rather than administrative geographic areas”.

While this may appear, on paper, to make sense, after all Sligo is a town that many people from Dromahair shop and work in and likewise, Bundoran is a hub for many living in the far reaches of north Leitrim, councillors say the reality is that the main driver for REDZ projects in Co Leitrim is Leitrim County Council, a body governed, not by the REDZ defined areas, but rather by the actual county borders.

And that appears to be the crux of the issue. Under REDZ there are numerous examples where counties are split. For example the Blacklion area of Co Cavan has found itself linked with a Co Leitrim REDZ area.

The argument has been made that approaches can be made to neighbouring local authorities to highlight proposed funding opportunities in areas like Dromahair or Kinlough, but local councillors say they don't believe that this will ensure a fair spread of funding.

What incentive is there for other local authorities and, indeed, councillors with no political interest, and let's be blunt, no votes, in a community, to support a REDZ project from outside their borders?

North Leitrim's councillors have appealed to the Department to change the REDZ areas to incorporate Kinlough, Tullaghan and Dromahair into Co Leitrim. However in a response received by the Council a spokesperson for the Department indicated that they were not for turning on REDZ areas.

"You may be in a position to build links with other relevant Local Authorities and, as such, include the areas of Kinlough, Dromahair and Tullaghan in future combined applications, should such funding opportunities become available,” suggested the Department in it's letter, revealed to Manorhamilton Municipal District councillors on Monday.

“These locations are close to Manorhamilton but they are in a different REDZ area and that isn't good enough,” he said.

His words were echoed by Cllr Padraig Fallon who said that the response from the Department was “very disappointing”.

“The concern would be that if you are on the periphery of an area, generally you will lose out,” he observed.

While Leitrim County Council has been proactive in contacting areas of Co Cavan included in Leitrim REDZ, this would not appear to be a universal approach and Cllr Warnock said that his local community had never been contacted about meetings for the Bundoran REDZ area.

Cllr Sean McDermott proposed that Leitrim County Council get in touch with Sligo and Donegal Councils to make them aware of the situation facing the three Leitrim villages.

But as Cllr Justin Warnock put it, areas like Kinlough and Dromahair have "been left homeless" within the current REDZ scheme. Party colleague, Cllr Mary Bohan said that unless these communities are incorporated back into Co Leitrim REDZ areas, it's hard to see how they will benefit.

Regardless of how well intentioned the scheme is, in the end county borders still matter.