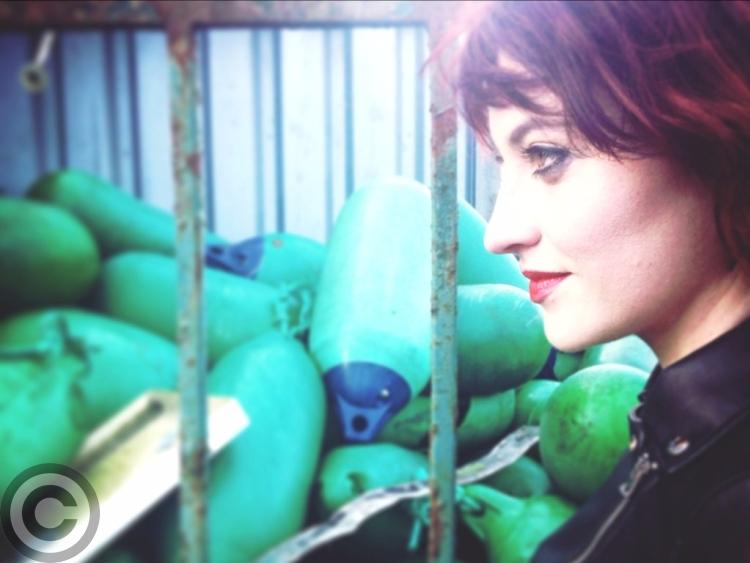 Carrick-on-Shannon's Ailie Blunnie is releasing her new single "West to the Evening Sun”  from her forthcoming album on Friday, February 10.

Familiar to many since the release of her EP, “On love.. and other murder mysteries” (2013), which saw her perform locally in The Dock Arts Centre, her music has also aired on programmes like ‘The Blue of the Night’ (RTE Lyric FM),‘Late Date’/‘The John Creedon Show’/‘Risin’ Time’/’Weekend on One’/‘Doc on One’ (RTE Radio One), ‘The Dave Fanning Show’ (RTE 2FM), ‘The Green Room’ (Newstalk), ‘Nationwide’ (RTE1) and ‘Ceol ar an Imeall’ (TG4).

A recent release, “I Will Count My Blessings”, was included on the 2015 CD “Don’t be afraid of the light that shines within you” in aid of Samaritans.

Her new single, “West to the Evening Sun” is, at its heart, a love letter to home. It tells the story of someone longing to get away from their life as it is, to a place where they feel safe to dream of better things. It was inspired by lonesome phone calls home when the sun was setting in Dublin while the sky at the other end of the line got the last few minutes of daylight, “I’m going west to my freedom and west to the evening sun”.

“West to the Evening Sun” will be available to stream and download from the usual online outlets: Spotify, iTunes, YouTube, Soundcloud, Bandcamp etc. Music and lyrics are by Ailie Blunnie

And if you like it, or any of Ailie’s songs, you can request them on the radio by texting, emailing or tweeting your favourite presenters.

See ailieblunnie.com for more information, and keep an eye out for details about the album tour!