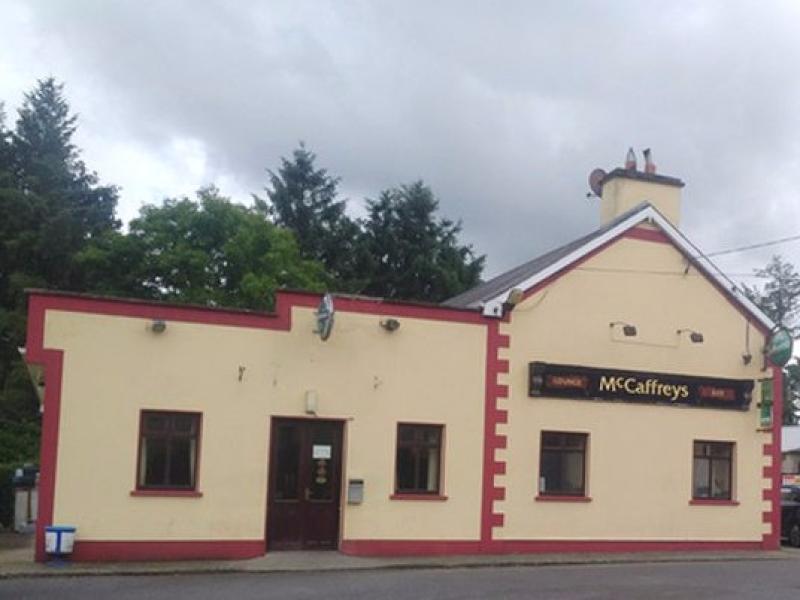 The current post office in Aughavas is housed in the shop which is part of McCaffrey's Bar.

A public meeting has been organised in Aughavas Community Centre tonight (Friday, February 3) at 9pm in a battle to secure the future of the local post office.

Last week it emerged that the post office in Aughavas is facing possible closure after the current postmistress expressed a desire to retire.

An Post is now holding a public consultation to determine the fate of the post office which is located in a very rural area of south Leitrim.

People are asked to submit their views for consideration no later that February 17, 2017 to Peter Gillespie, Retail Operations Manager, An Post, Wine Street, Sligo.

As part of the consultation process, An Post will also look at the local postal network coverage needs, the level of business currently passing through the office, customer access to services elsewhere and the capacity of neighbouring offices to handle additional business if Aughavas Post Office closes.

Local county councillor, Sinn Féin's Caroline Mulvey, has said that "Aughavas Post Office must remain open no matter what. It is an essential part of the local community.

"This is not the first occasion of a rural post office being threatened with closure because it changed hands. It seems to be a policy of An Post to use these circumstances as an opportunity to close post offices.

"I have contacted An Post to request a meeting to find a solution to keep Aughavas Post Office open. They are willing to meet and I hope this will happen the coming days. The local community in Aughavas want to keep their post office and they are prepared to fight for it."
Sligo/Leitrim TD, Deputy Martin Kenny, who hails from the area, also raised the matter in the Dáil last week, pointing out

"This post office has been in the community for over 100 years and ...at the drop of a hat it could go,"
Deputy Kenny said that if the Government were committed to making investments in rural Ireland, one of the first things they should do is make sure that the services that exist in rural Ireland, such as post offices, are not withdrawn.

Late last week Deputy Kenny also wrote to Minister of State for Regional Economic Development, Michael Ring TD, on the situation noting: “This is a rural parish where the Pub and Shop with the Post Office has served the people through all times. That business has now been sold and the post mistress is of course stepping aside and the new owner expected to take over the Post Office and continue to run it as before, but An Post has informed him that it will probably not offer a new contract.

However Minister Ring said that “operational matters and commercial strategies relating to individual post offices, such as Aughavas Post Office, are a matter for the management of the Board of An Post.

“I have no statutory function in relation to An Post, nor do I have responsibility or control in relation to service delivery at individual Post Offices,” pointed out Minister Ring.

He said he was actively working with An Post and his colleagues to “ensure that the post office network that we all value has a sustainable future.”

In the meantime An Post is undertaking the three week consultation with the local Aughavas community in a bid to determine whether the service is viable going forward. People are asked to write submissions and submit them to An Post no later than February 17, 2017.