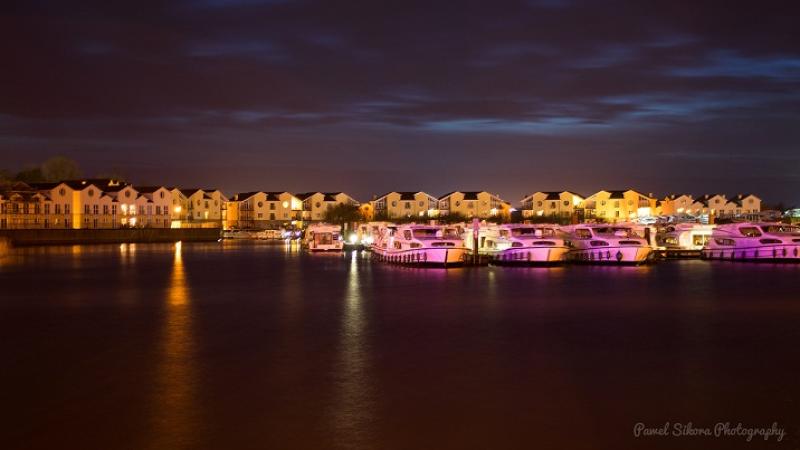 Seven towns from the UK and four towns from Ireland received their award at the Association of Town and City Management (ATCM) and Purple Flag Ireland awards held in the Landmark Hotel.

Moonriver treated all visitors to an opportunity to view Carrick on Shannon from the river, one of its unique selling points as a top tourist destination.

He outlined that “Carrick on Shannon is a town with much to boast about as it offers the resident and visitor an offering well above what would normally be expected in a town of its size”.

He went on to add “the town has something for the cultural tourist, for families, for sports lovers as well as having a vibrant evening and night time bar and nite life which is well-managed and co-ordinated through the town’s Purple Flag Steering Group”.

Carrick on Shannon was the smallest town in Ireland to achieve this prestigious standard in 2015 and each year the town has to ensure it maintains or improves on the standard achieved. Carrick on Shannon’s Purple Flag Steering Group is comprised of local business, local authority staff and elected members, Tidy Towns and Gardai.