The scourge of illegal dumping in Co Leitrim 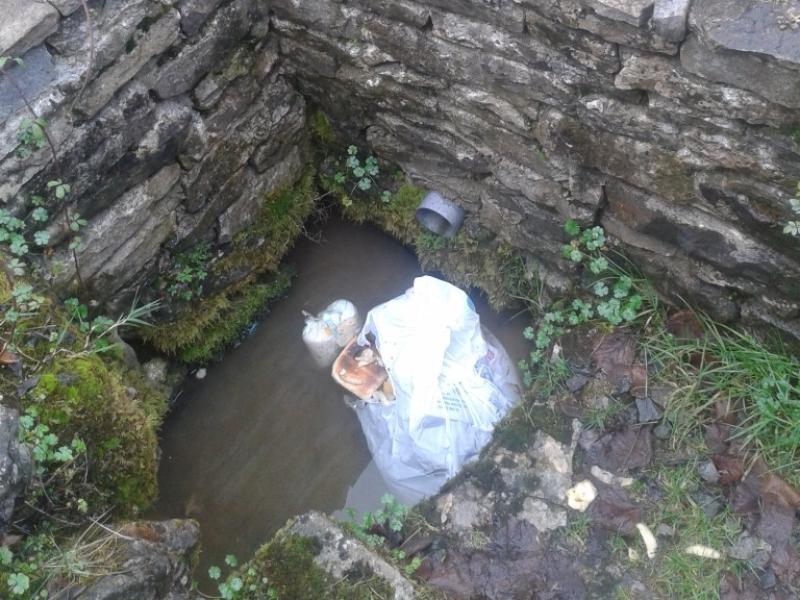 Nappies and food waste dumped in a well at Sheemore.

The incidence of illegal dumping in Co Leitrim is a growing blight on our landscape with more reports by readers this week of rubbish left in wells and hedgerows.

A reader sent in images of nappies and food waste dumped in a well in the Sheemore area. This is just the latest in a long list of illegal dumping in the county in recent weeks.

Last week the Leitrim Observer also received a letter from the Plucknett family from America who had recently purchased a holiday home in Co Leitrim.

Ryan Plucknett detailed how the family had recently spent time on holiday in Leitrim and were “horrified by the amount trash along the roadsides and the dumping of trash.”

He added “We even spent a Sunday morning picking up trash along the roadside coming into our village. I do not understand the mind set of someone thinking this is acceptable behaviour and shows no respect to the environment or for your fellow mankind,” he said.

“The lack of respect is disgraceful and there should be a nationwide campaign to turn this around before the landscape looks like many Central American countries.”

Mr Plucknett suggested putting in place heavy fines for dumping and the introduction of a “good watchdog program” to catch those responsible.

“It is going to be very sad for Ireland if this is allowed to continue and will cost billions to the economy .. to control and clean up this mess and more in the loss of tourism if the landscape becomes trashed, no one will want to come,” he observed adding “word travels very fast.... Lets get going on this and stop this stupid behaviour.”