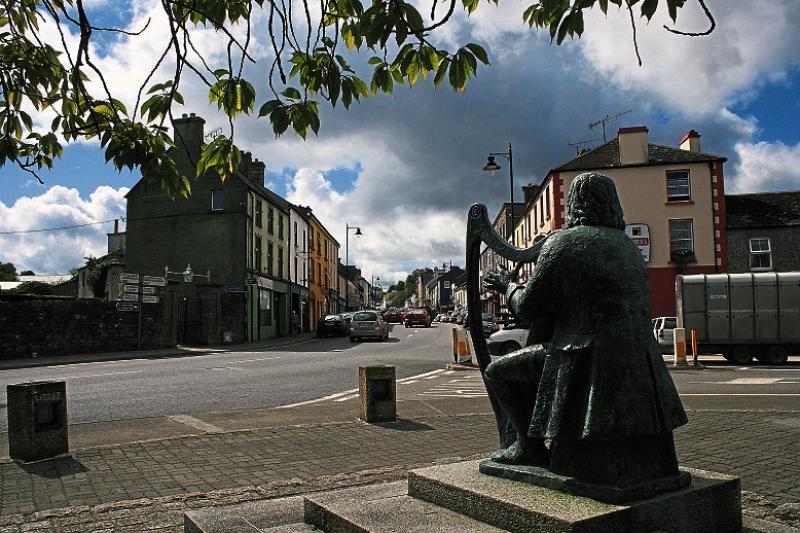 The once vibrant market town of Mohill is in danger of dying according to a local councillor.
Cllr Enda Stenson said the town is “on its knees” and made a passionate plea for Mohill to be saved.
“We cannot sit back and be seen to be helpless, something must be achievable to help revitalise a once vibrant town,” he said.
“Are we going to stand by and watch it disappear? That's what's in danger of happening now and I think it's extraordinary,” Cllr Stenson said.

"Are we going to just stand by and watch it disappear?"

The economic and social plight of Mohill Town was brought into sharp focus last Monday when Cllr Enda Stenson made a heartfelt plea for something to be done to “save the town from dying.”
Cllr Stenson brought up the matter at the monthly meeting of Carrick-on-Shannon Municipal District when he asked if there was anything that could be done to help revitalise the town of Mohill.
He referenced the fact that another shop had closed in the town in the past week or so and he said the people of the town, the businesses and the agencies cannot sit back and be seen to be helpless on this issue.
Cllr Stenson welcomed the reply from the Council (detailed below) of the current support structures in place and recognised the good work that is being done.
He noted all that is good about the town, the excellent schools and sports facilities, the Teagasc Office employing 12 people, the LAPWD Centre, the Canon Donohoe Hall community facility, the excellent shops, etc. “There are so many plusses but we can't seem to pull it all together,” he said.
He said that Mohill was once a thriving market and agricultural town but “the centre of the town is now dead.” He said this decline appears to have started about 20 years ago, why, he couldn't say.
“Mohill seems to have everything, but it has nothing. The town is really struggling. Are we going to just stand by and watch it disappear?  That’s what is in danger of happening now. I think it's extraordinary,” Cllr Stenson said.
His motion was supported by Cllr Séadhna Logan (Sinn Féin) who said it is not just Mohill that is struggling. He said it was important that they, as councillors, put forward a positive image of the town.
Cllr Sean McGowan (Fianna Fáil) also supported the motion and said he was sorry to see Gerard Stenson Hardware close down.
“Mohill really is dying on its knees,” he said. Cllr Stenson replied to that comment, “It is a pity, but it is a fact.”
Cllr McGowan asked the Council to work with the people who want to see Mohill succeed.
Cllr Logan suggested the Local Enterprise Office could promote the empty units in the town to which Director of Services, Joseph Gilhooley, outlined the various supports in place.