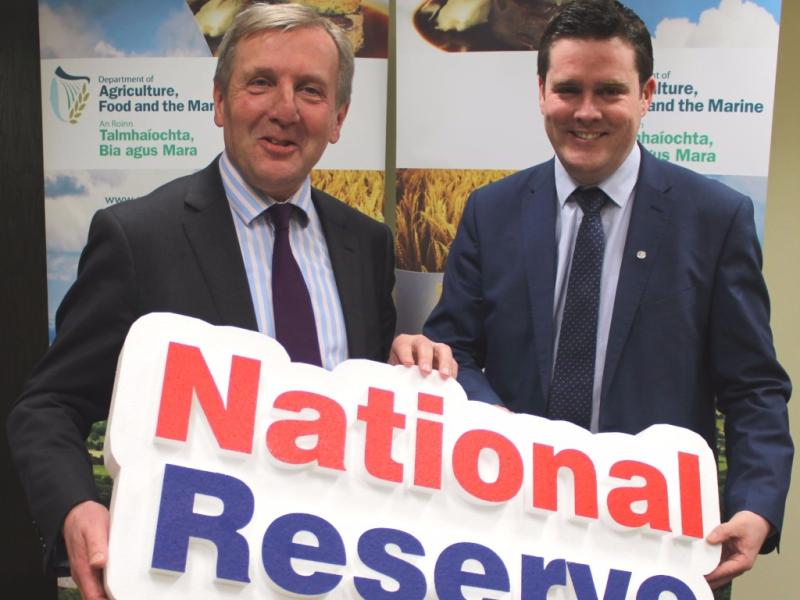 Macra na Feirme has warmly welcomed today's confirmation that the National Reserve will re-open in 2017.

The announcement has been described as "great news for young farmers who want to progress their farming careers".

The National Reserve in 2017 will accommodate the priority categories of young farmers and new entrants. It will incorporate those who lost out in 2016 due to the lack of a national reserve but also the 2017 young farmers and new entrants. The 2015 national reserve scheme was a very successful scheme with 6,260 successful applicants and as a result all funds were exhausted.

Thanking the Minister for Agriculture and his officials, Mr Finan continued, “It’s very significant that there is a National Reserve in 2017. We believe if the National Reserve was not opened this year, it's unlikely it would open for the duration of the current CAP programme. 2016 and 2017 new entrants and young farmers will be catered for with the injection of funding this year from the reallocation of unused young farmers top-up funds. It is now hoped, but remains to be seen, if the replenishment mechanisms including ‘clawback’ on sale of entitlements without land and unused entitlements, will create enough of a budget to accommodate young farmers for years 2018 and subsequent years up to the end of the current CAP programme.”

IFA Deputy President,  Richard Kennedy, has also welcomed today’s announcement adding: “It is very important that there are ongoing supports for a National Reserve and Young Farmer Scheme to support restricting in the farming industry.”

However the Deputy President also called for the Minister for Agriculture to clarify the situation in relation to clawback on sales of entitlements.

"IFA has expressed the view that the clawback should be reduced from 50% to 20% which would have the potential to create additional funds for the National Reserve in future," he noted.

Speaking in Leinster House today he said that the measures introduced by Minister Michael Creed on the National Reserve were welcome, but do not go far enough.

Deputy Kenny said: “While I am glad that, at last, the Minister has done something to help young farmers and new entrants to farming for 2017, after leaving them in the lurch last year, these measures do not go far enough to resolve the situation.

“However, €5 million is not enough to deal with the backlog of young farmers who have completed or who are now trying to complete green cert training and who will be seeking entitlements soon.”