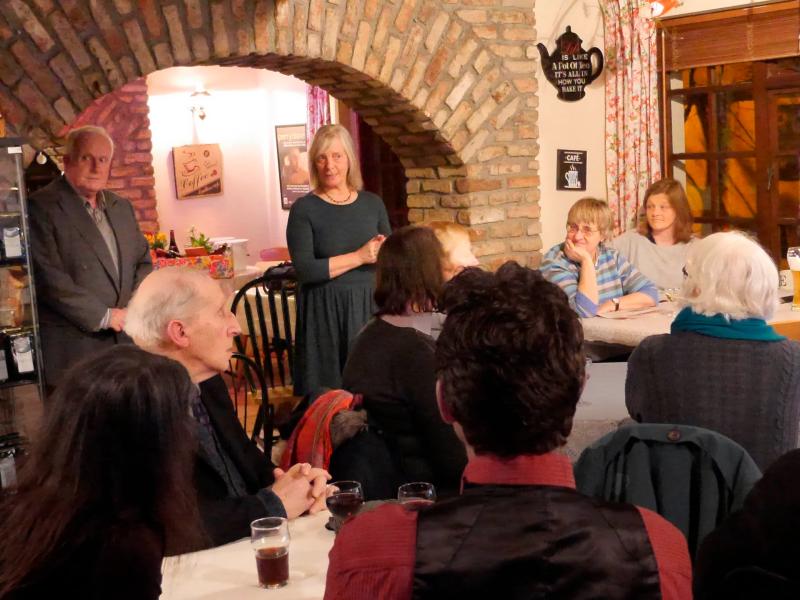 A recent event organised by Dromahair Heritage Group gathered 30 interested people at a social evening held in the Village Tearooms.

The Heritage Group – An Grúpa Oidhreachta - which has been active in the village and its environs in recent times, wished to gather other like-minded locals to forge a way forward for heritage in the area.

Their vision is to make Dromahair known as the Heritage Village of North Leitrim. Vincent Flannery gave a short presentation illustrated with historic photographs, engravings and video footage of notable archaeological features. This was followed by a facilitated discussion led by Seán Ó Conláin to elicit personal opinions on various aspects of local heritage.

The rich output of ideas were gathered under three broad headings: living heritage, built heritage and, natural/ecological aspects. There was much lively interaction among those attending the heritage Meitheal and the Heritage Group will reflect on the proceedings in order to plan future projects and events. It is also hoped to use the concept of Meitheal to advance these activities.

Many other individuals, who were unable to attend, have already expressed enthusiasm for the initiative, so it is hoped that Dromahair will soon be able to showcase some of its treasures - archaeological, architectural, biodiversity, folklore and language.