Call for local authority to take the lead on the project 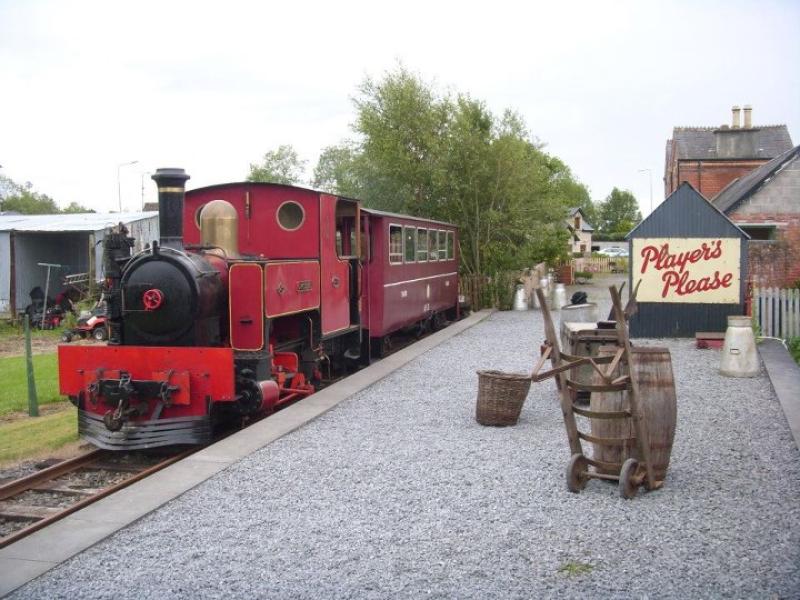 Cllr Enda Stenson last Monday made a radical proposal for the narrow gauge railway line to be re-opened between Dromod and Mohill.

Speaking at the Carrick-on-Shannon Municipal District meeting, the Independent councillor said as a tourism initiative “it would be absolutely massive for the whole area.”

Cllr Stenson said he wasn't sure how feasible it was but he repeated that it would be massive for the area and would bring more people into the town of Mohill.

Cllr Sean McGowan supported the call and said a good bit of work was done on this in the late 1990s. A committee was in place and studies were carried out. Unfortunately, the committee then ceased.

He called on the local authority to take the lead on the project but admitted it would take “mega bucks” to get it up and running and suggested that EU funding might be sourced and asked Cllr Stenson to see what funding sources might be there.

Cllr Stenson said he knows of a group in Wales who have developed such a project and they said to him it is a wonderful facility.

Cllr McGowan said there was no reason why the project could not go hand in hand with the development of a greenway from Dromod to Ballinamore.

Both Cllrs Stenson and McGowan praised Michael Kennedy in Dromod who runs the Cavan & Leitrim Railway and Museum for his interest in the project and promotion of the area.

Cllr Des Guckian told the meeting that the Cavan & Leitrim Railway closed down in 1959 because it was losing money.
“We have to be realistic about what we propose,” he said, and warned that such a development would not revolutionise the area.
He questioned who was going to provide the money to develop it and maintain it and warned the burden would fall back on the local people. He added the biggest obstacle involved would be the huge insurance cost of getting the railway across the Dromod road.

Cllr Guckian also claimed that people with property on that old line are very determined that it will not re-open.
He went on to say people have cut turf there and there has been a lot of dumping and dead animals buried there.
Cllr Guckian said he didn't believe it should get funding at the expense of the local roads, byroads and lanes.

Cllr Stenson replied that this proposal was not about money, it is about generating a tourism project in the area.
“This would be a totally different budget. You mightn't be long enough in the Council to understand it,” he told Cllr Guckian.
Cllr Stenson added, “I don't think it's beyond possibility to put it back.”

Cllr Seadhna Logan said he didn't like the inference from Cllr Guckian that the old railway line was being used as a dump. “I think that's a scandalous claim,” he said.
Cllr Stenson added that there are no dead animals on it either.

The Council's reply to the proposal was, “A project of this nature would require to be either private sector or community led. In this case funding may be available through programmes such as the Leader programme or future small capital grants from Failte Ireland.

“In the meantime, the Council would be happy to advise a project lead on matters such as planning permission, feasibility studies, etc.”

Joseph Gilhooly, Director of Service, explained to the meeting the role of the local authority was one of support, advice on the next steps, planning, etc.

He said a feasibility report or business case would need to be updated and a robust case would be needed as to such a project's viability.