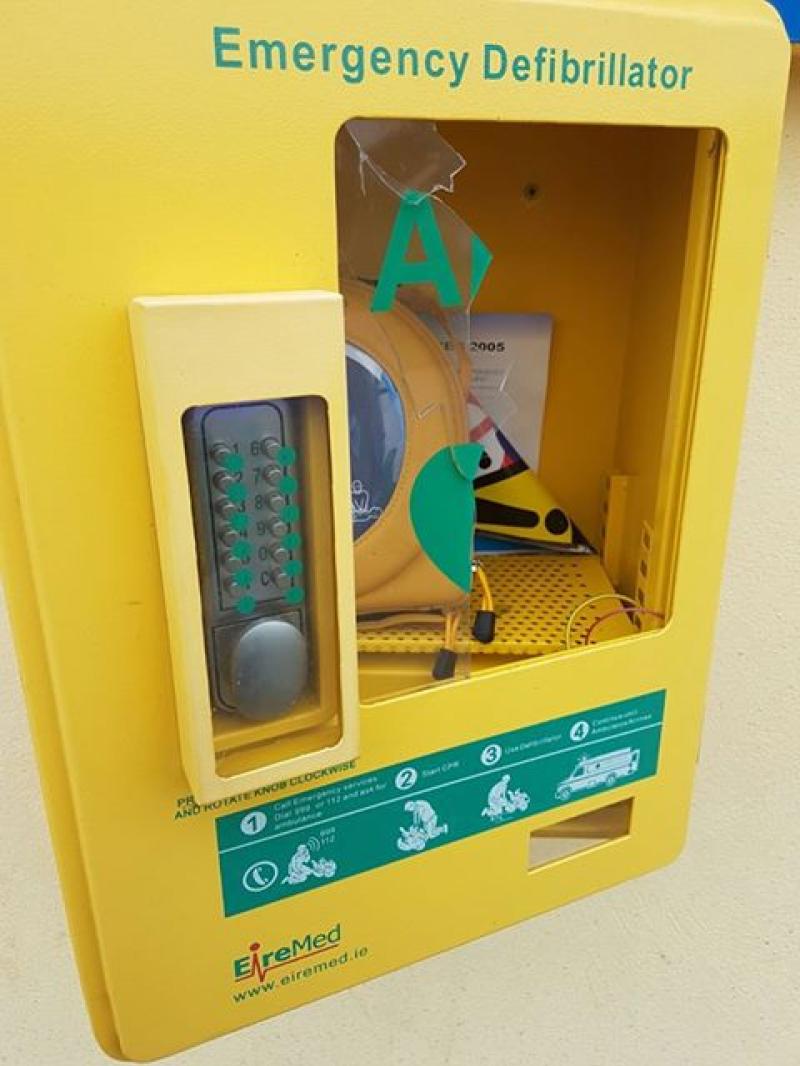 Vandals have damaged the emergency defibrillator at Bee Park, Manorhamilton.

A life-saving defibrillator unit has been damaged along with damage to dressing rooms at the Bee Park sports grounds in Manorhamilton.

In a facebook post on the Glencar Manorhamilton GAA Club page it was reported that a substantial amount of damage had been carried out at the grounds over the last weekend.

Locals have been incensed by the damage, in particular the damage to the defibrillator, which was put in place after much fundraising. The unit has now been taken out of service until it can be repaired.

"his vandalism is in stark contrast to the sterling work being done by the members of both clubs. We stand united with our friends in the Soccer Club in condemning the actions of vandals. Anyone with information is urged to bring it forward to the Garda," noted the post on the Glencar Manorhamilton GAA Club facebook page.

If you noticed anything suspicious in the area last weekend please contact Manorhamilton gardai on (071) 9820620.