Full Report - Elderly Mohill man was stabbed in the neck 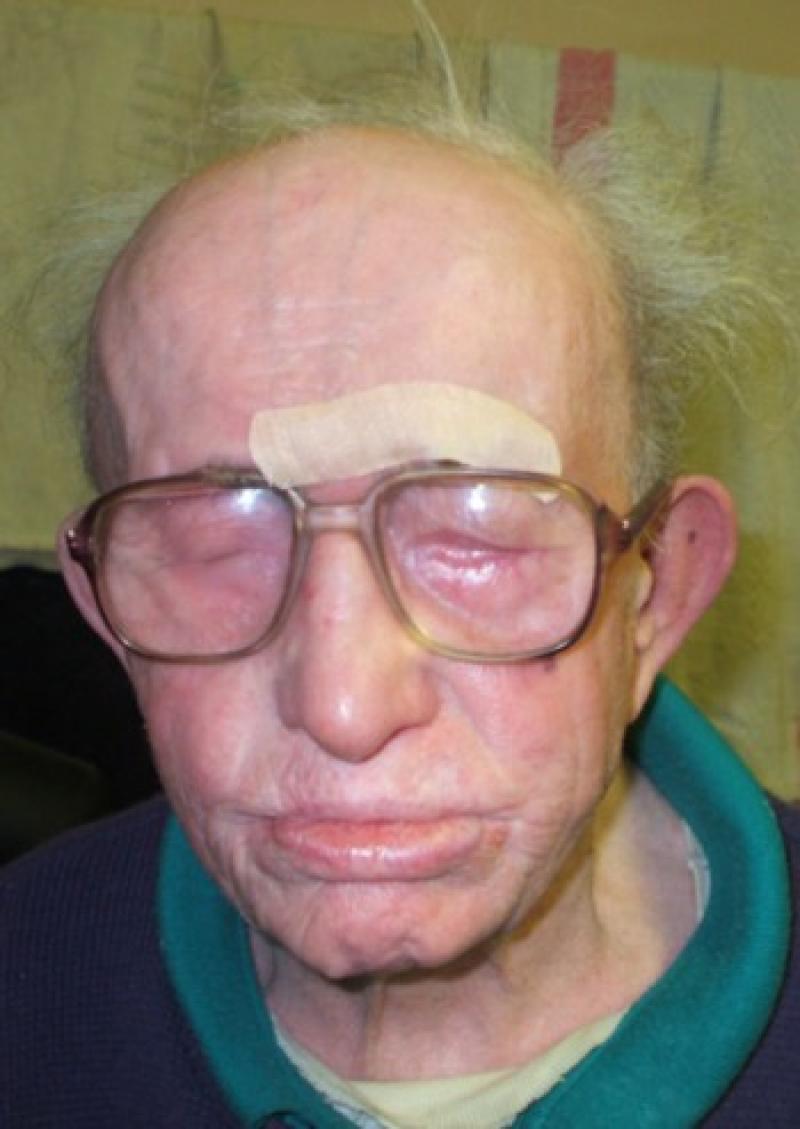 An inquest into the death of an 80-year-old Mohill man heard it was “quite clear” that he had been stabbed in the neck two months before he died in hospital.

Frank Costello, 1 Knocklongford, Mohill, Co. Leitrim passed away in Sligo University Hospital on September 4, 2014. He had been admitted to the hospital on July 5 that year.

The jury in Sligo Coroner's Court last Monday, in a narrative verdict, said the stabbing incident was a contributory factor into Mr Costello's death.

Mr Costello passed away from natural causes with contributory factors of bronchopneumonia and a stab wound to the neck sustained on July 4.

Mr Niall Considine, Consultant in Sligo University Hospital, had contacted the Gardai after examining Mr Costello's neck injury which he said was not consistent with a fall. He found a 1 cm laceration on his neck. The wound was 5-6cms deep.

Gardai met with Mr Considine and consulted with Deputy State Pathologist Dr. Michael Curtis who both agreed the injury was consistent with Mr Costello being stabbed.

Summarising the garda investigation, Detective Inspector Ray Mulderrig said Mr Costello was unable to assist the Gardai as to how the injury occurred.

He said Gardai examined the scene, reviewed CCTV footage and made house to house enquiries at the time.

He said Mr Costello had glaucoma and had no vision in his right eye and limited vision in his left eye. He suffered from bronchopneumonia and arthritis.

Mr MacGowan said that Mr Costello was discovered on July 5 2014. He had suffered a penetrating wound to the right side of his neck. The wound was 6 cms below the lobe of his right ear. There was a horizontal lesion 1.3cms wide.

He developed a weakness in the right upper limb of his body which restricted the movement of his arm.
Mr Costello had a diminished level of consciousness and passed away on September 4.

Dr Michael Curtis carried out the post mortem examination and found that death was as a result of natural causes but that Mr Costello had sustained a non fatal stab wound.

Mr MacGowan asked DI Mulderrig if there had been signs of a break-in, if the house had been ransacked or if anything had been taken.

He replied that a sum of money, €1,150, was recovered from a jacket at the address. He said the house was in good condition and was clean and there was no sign of any ransacking.

DI Mulderrig said the Gardai do suspect the involvement of a third party in this case. He said it would be practically impossible for anyone to inflict that injury on themselves. He also ruled out that there was anything nearby that Mr Costello could have fallen on to cause such an injury.

The court heard from a sub-report by Dr. Curtis on August 6, 2014 into details of the case.

He said that on Friday, July 4, Mr Costello had been listening to a World Cup match when he felt a draught. He got up to close the window when suddenly he felt a sharp pain in his neck.

Dr Curtis spoke with Consultant, Mr Considine in Sligo who described Mr Costello as a frail, vulnerable elderly man.
Mr Costello was a heavy smoker who smoked 60 cigarettes a day.

The wound meant Mr Costello had an inability to flex his right shoulder or elbow. The stab wound to his lower right neck, just above the collar bone, damaged a bundle of nerves and restricted his movement.
He had a poor memory and was unable to give an account of the injury.

Dr. Curtis met with Detective Sergeant Dermot Flannery and Detective David Donnelly from Carrick-on-Shannon Garda Station in the State Pathologist's Office and was shown pictures of Mr Costello's injuries.
In his opinion, Mr Costello had been stabbed deliberately in the neck. There was a 1cm wound, 5 to 6cms depth into the body.

“It is difficult to know how it would be sustained other than by a deliberate stabbing action.” he said.
Coroner, Mr MacGowan said he had no doubt Mr Costello's death was caused by an aneurysm but he recommended to the jury a verdict of unlawful killing. He said that there was no scope in this case for a verdict of an open killing. “It is quite clear he was stabbed,” the Coroner said.

“I would override death by natural causes and recommend death by unlawful killing,” he added.

Mr MacGowan said the wound was 5 to 6cms deep which was quite substantial and he was sure such injuries did not help a man with a weak chest.

The jury retired for thirty two minutes and when they returned they delivered a unanimous narrative verdict that Mr Costello died on September 4, 2014 due to a ruptured abdominal aortic aneurysm with contributing factors of bronchopneumonia and a stab wound to the neck sustained on July 4, 2014.