Improve facilities for the public at Sheemore 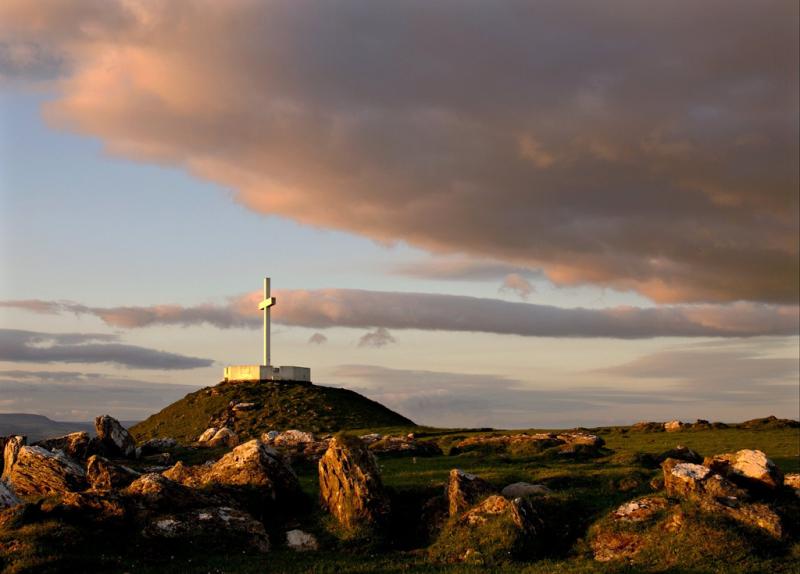 A proposal has been made to improve the facilities for the large number of people who are now climbing the renowned 'fairy hill' Sheemore.

At this month's meeting of Carrick-on-Shannon Municipal District, Cllr Enda Stenson said that as there is a large increase in the numbers of walkers who now climb Sheemore. He asked would the Office of Public Works consider the erection of a gateway/stile along the road and provision of a small car park there in the interest of safety.

He said the land owner is very accommodating to all comers and he believes “the OPW and the local authority should revive and help out this beautiful attraction in our area.”

In reply, he was told, that improving facilities at Sheemore is an interesting proposal. It is hoped a local development association would show interest as that may provide access to other funding opportunities.
In the meantime, however, the OPW can be written to on behalf of the Municipal District with the suggestions raised.

Cllr Stenson said that “people are flocking up Sheemore” which he said is one of the most recognisable landmarks in the county.

Cllr Sinead Guckian supported the proposal and agreed that a phenomenal amount of people are now climbing it in the last twelve months. She also said there is so much good will from the landowners who are very friendly and accommodating.

Cllr Guckian added that “we are also approaching the centenary of the Sheemore Ambush and so will have even more people visiting the area and it would be appropriate to improve facilities there.”
“It's an amazing asset in our county and people are using it,” she said.

The proposal was also supported by Cllr Sean McGowan who said it was timely. He described it as a great attraction and said it would be money well spent.

Meanwhile, Cllr Des Guckian said he was not against the proposal but the Council would have to consider compensation to the owner.

Cathaoirleach, Cllr Finola Armstrong-McGuire, said it if was opened up to the public it would multiply the amount of people coming to it.