The price of the average three-bed semi in Co Leitrim has risen 2.2% in the last three months

The price of the average three-bed semi in Co Leitrim has risen 2.2% to €93,000 in the last three months, according to a national survey carried out by Real Estate Alliance.

The REA Average House Price Survey concentrates on the actual sale price of Ireland's typical stock home, the three-bed semi, giving an up-to-date picture of the property market in towns and cities countrywide for the first three months of the year.

“0verall I would say that prices are still going up at a rate of 1% per month,” said Joe Brady of REA Brady.

“This especially applies to areas where we are still selling at rates per foot that are less than the cost of construction. In the rest of South Leitrim the values for 3-beds are €80,000."

He said that Carrick-on-Shannon is by far the strongest market with highs of €150,000 are being achieved for the best units there, with the average being €126,000.

Overall, the average house price across the country has risen by 10.9% over the past 12 months – a marked increase on the 7.7% rise registered to the end of December 2016.

The easing of the Central Bank restriction on lending for first-time buyers has had an immediate effect on the market with a large rise in numbers at viewings and potential buyers with mortgage financing.

The biggest percentage increases over the past year came in the country’s smaller rural towns situated outside of Dublin, the commuter belt and the major cities.

“There has been a recovery in bank lending, which has been reflected in the purchasing end, but the accelerated figures in the Dublin market particularly, show that we are moving into a vendors’ marketplace,” said REA spokesperson Healy Hynes.

“However, we need to look at these figures in relation to the market where stock levels are at their lowest nationwide since January 2007. 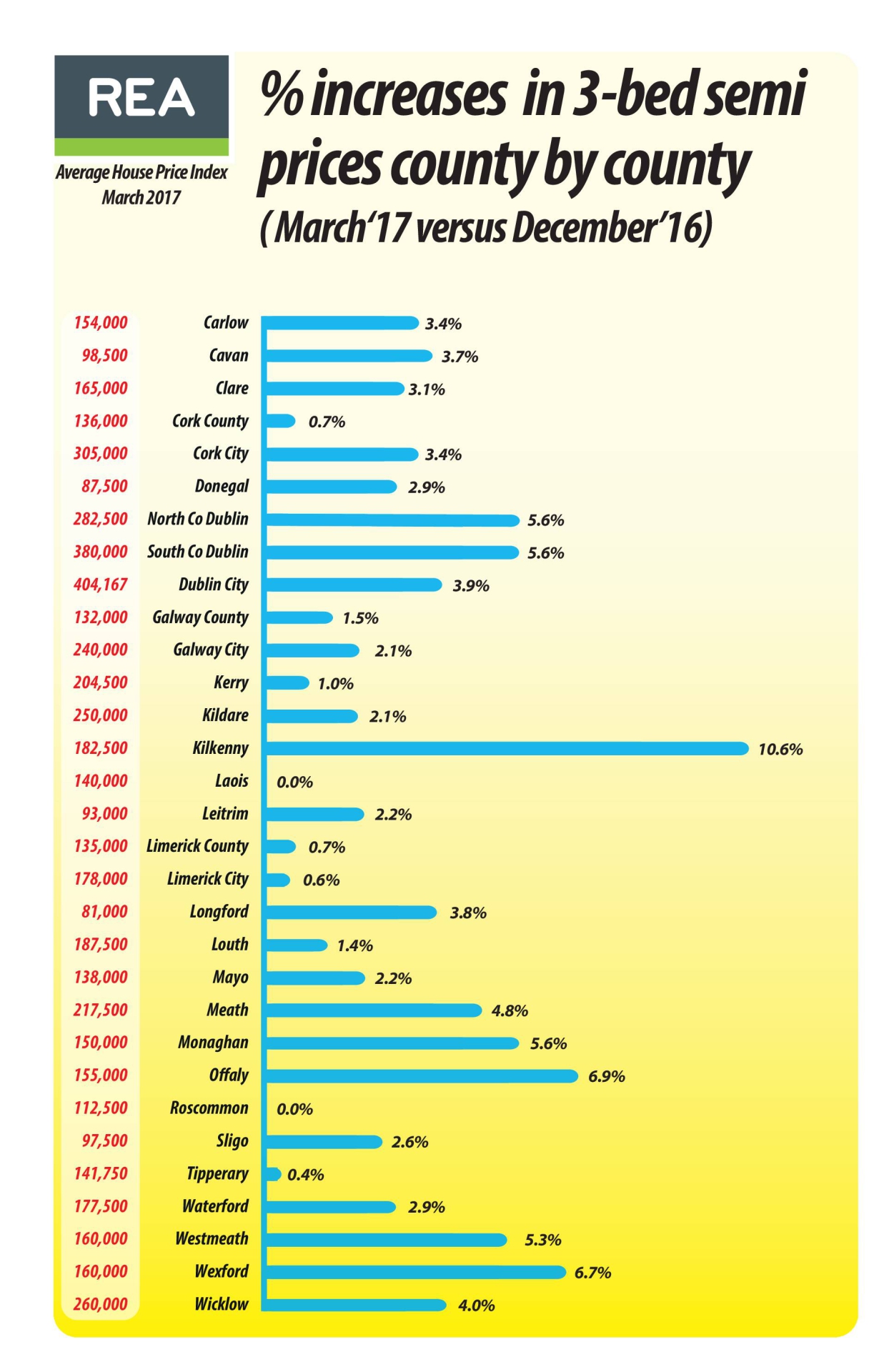