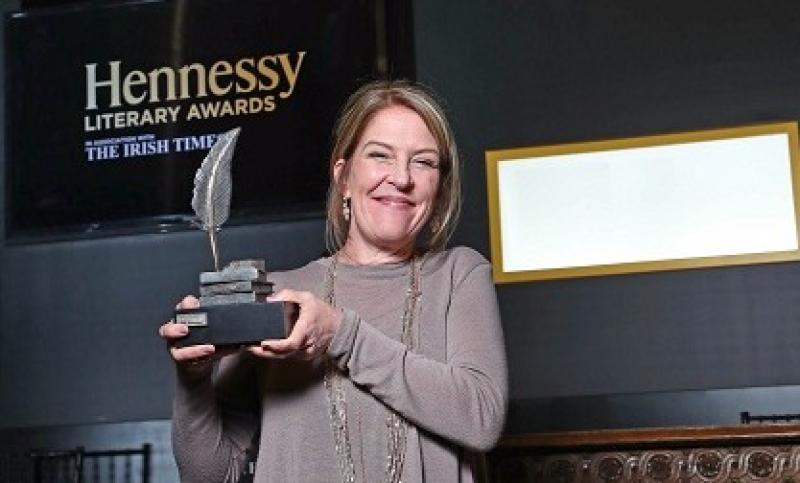 Una is the Programme Chair of the Institute's new BA in Writing and Literature , and also teaches Performing Arts in the Institute’s School of Engineering & Design. She is a member of the Sandy Field Writers’ Group based in County Sligo.

Her winning poem ‘Crouched Burial’ was inspired by an event from her childhood.

“When I was 15 years old, a child’s body was found in our field in Culleenamore, in Co Sligo, where there is an extensive oyster midden along the bay,” explains Una.

“The child, 2,000 years old, was lying in a crouched position, on her side, foetal, arms holding herself. The imprint of her small frame in the earth and details of her burial shaped this poem.”

This latest success also follows up on Una’s other literary accolades in 2017 which include winning the Doolin Writers Weekend Short Story competition for her story ‘A Shiver of Hearts’ and the Cúirt International Festival of Literature for ‘The Bright Lake.’

Now in their 46th year, the Hennessy Literary Awards have recognised and rewarded emerging Irish writers and poets in the literary sphere. This national competition for new Irish writing rewards excellence in writing short fiction and poetry.

They move the earth with small trowels and brushes and all week the seals sing a desolate chorus as if for you. First a small child’s foot slow sweeps of the brush across your small bones, your shape in the ditch, taking definition, a slow birth in the corner of the field by the water’s edge.

You are lying on your side knees pulled into your chest the thin bones of your arms holding yourself without your hands your heavy head bent low toward your small body, a comma in the earth, like an ultra sound picture of the earth’s womb where you lay crouched for years.

Beside your ribcage, a single blue glass bead for your ear a bronze ring, your grave gifts. If flowers and herbs cradled your head, they are dust now. Someone brought you here and laid you down with care your death a secret, your story buried.

In the moon bay at the edge of earth where they found you the midden’s shelves layer time, like growth rings. Now is our turn on the surface of time you and your buried bead, prehistory, before there were written words to remember with. A sequence of milk teeth along the bone of your jaw and the buds to permanent ones spell your age. You are eighteen months old.

Your bones in the midden are a mystery Iron Age people didn’t bury their dead bodies were left to wind, or wolves or water. But not you. Perhaps touching your cold cheek your mother could not abandon your body to the night and here, where the land juts out toward the sea and the tide moves, a place she might find again, she brought you.