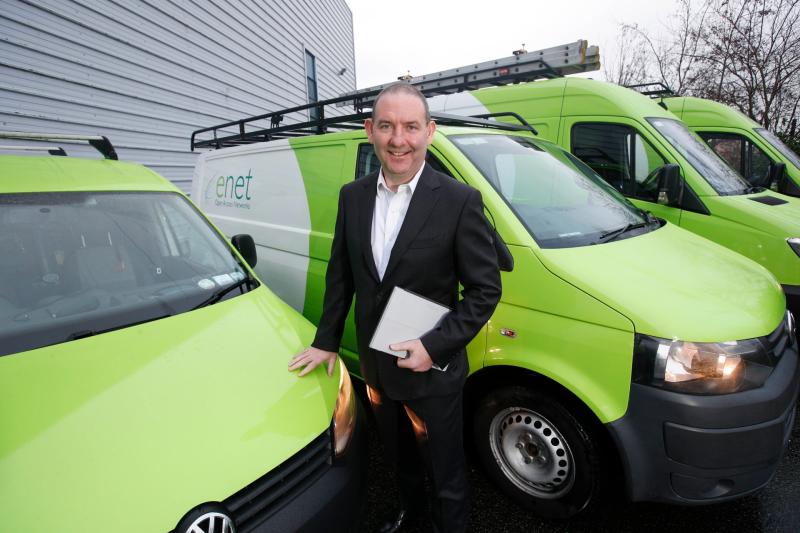 enet, Ireland’s open-access network operator, today announced it will be investing over €5M in broadband infrastructure to supply high-speed connectivity to ten towns in the next phase of its fibredirect initiative.

Announcing the network build, enet Chairman and lead shareholder, David C. McCourt said: “Having already invested over €100 million in the sustained development of telecoms infrastructure since we acquired enet, the construction of these ten fibre networks will further deliver affordable, state-of-the-art broadband services to businesses in regional Ireland.

“The enet board are happy with the support the Irish Government has given us and we look forward to maintaining our partnership with the State, as well as continued investment in world class infrastructure in regional and rural Ireland,” McCourt added.

Donegal T.D. and Minister of State, Joe McHugh welcomed the announcement and said: “I want to congratulate enet on its latest announcement. Providing high-speed broadband connections across rural and regional areas of the country is vital for the continued success of the growing economy. This investment by enet will provide massively improved connection speeds directly to businesses which will allow companies to expand and create new jobs.”

Conal Henry, CEO of enet, hailed the investment programme by saying: “We are delighted to announce our plans to create ten new regional fibre towns. The fibredirect network will completely replace the out-of-date copper network which has reached its end of life. We’re building a broadband network to deliver real broadband” Henry added: “ComReg recently reported that there were only 7,623 premises that have a fibre service – so this investment in genuine fibre infrastructure will increase that by at least a third.”