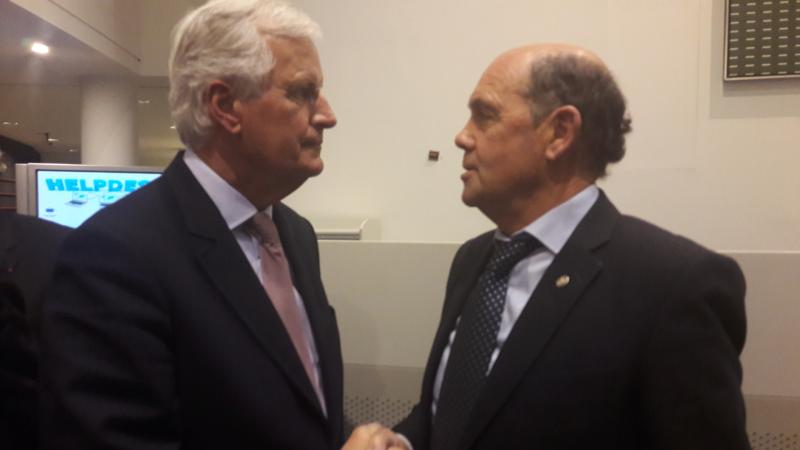 Leitrim County Councillor, Enda Stenson, recently met with the European Commission Brexit negotiator, Michel Barnier and put forward the case for special treatment for the border between Ireland and Northern Ireland.
Cllr Stenson said "coming from a border county in Ireland I can tell you that citizens on both sides are very worried on the impact that the UK leaving the EU will have on their daily lives.
“For our farming community it will be devastating and we need to find a solution which reflects what currently exists for the 'island of Ireland'.
“The EU has been good for its Member States and in particular for Ireland. And I would like to reiterate that I believe that Ireland must and will remain to in the EU. We need to work together not apart," the Independent councillor stated.
The Committee of the Regions in the European Parliament has adopted a resolution which calls for action to limit the impact on on-going programmes and projects.
Among its requests, the Committee calls for a deal that addresses the "potentially significant" impact – in particular on the island of Ireland - on the EU's farmers, rural areas and biodiversity, as well as "temporary arrangements so as to minimise disruption to the current long-standing R&D projects, and by extension to local economies."