Make your way to Carrigallen this Easter Saturday 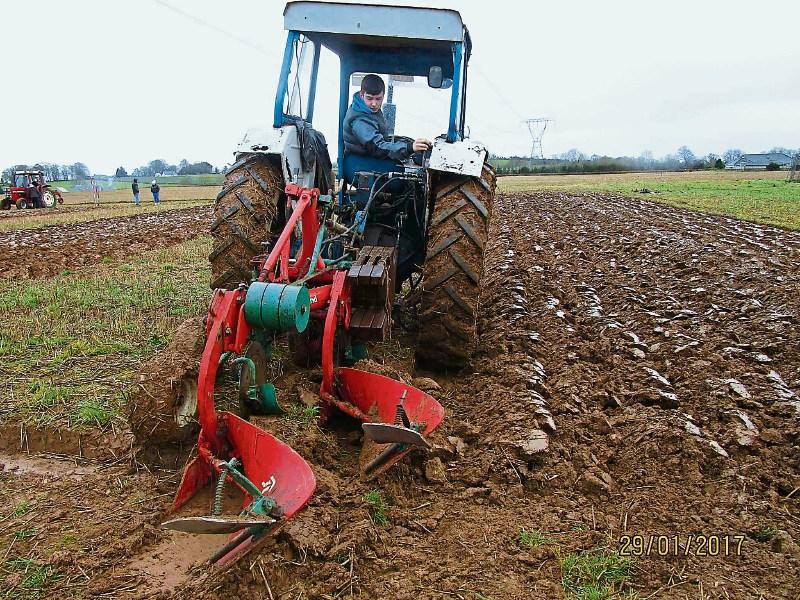 One of last year's competitors in action

Co Leitrim Ploughing Association celebrates 60 years of ploughing this year on Easter Saturday, April 15. The event will be held in Killahurk, Carrigallen on the land of Cllr Paddy O'Rourke.
When Match Ploughing started in Leitrim Paddy O'Rourke wasn't born, tractors had not arrived on farms it was all horse ploughing event, now a days one would happily see one team of horses at a ploughing match. But this year, to commemorate the 60th year of ploughing in Leitrim the Association have no fewer than 10 teams of horses from all parts of Ireland coming to take part.
Novice Ploughing match to take place Good Friday at 12 noon.
Leitrim Ploughing Association hold a record set in the 90's in which 54 loy diggers took part at a ploughing match.
This year they hope to break the record, one more loy digger will do. In addition to this vintage and conventional ploughing will take place along with bouncy castles and face painting for the kids. Free of charge.
This year the Association are holding a Super Dog Show for all breeds of dogs both big and small and, as they say, every dog has its day and this year at the 60th Ploughing, the dog will prove why this animal really is man's best friend.
Ploughing is a time honoured tradition, it fills the land to feed the world as the humble loy did in the past.

So Easter Saturday, April 15 at 12 noon to commemorate 60 years of Ploughing in Leitrim, we can all tip our hats to these machines as we say god speed the plough, long live the loy.