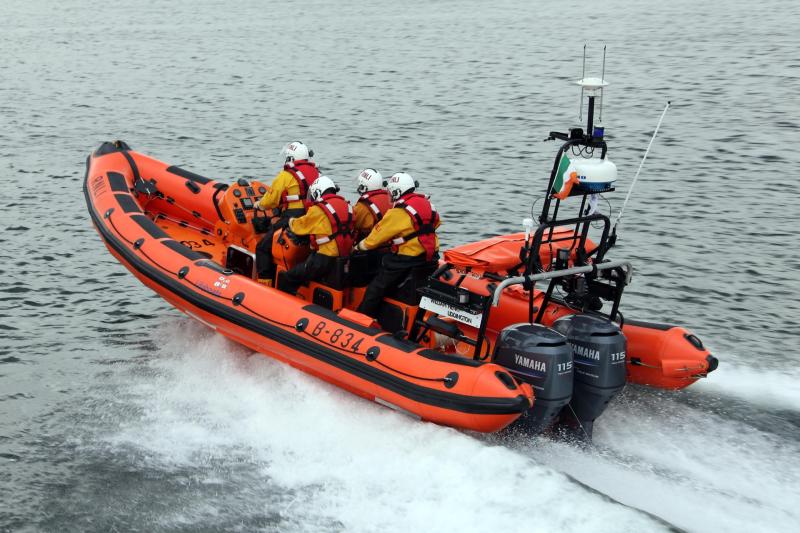 The volunteer crew of Bundoran RNLI Lifeboat were called out to assist in the rescue of dive boat with four people on board yesterday afternoon. (Sunday, April 16).

The dive boat with 4 persons on board, had broken down. The alarm was raised around 1:50pm with Malin Head Coast Guard who immediately requested the launch of the Bundoran Lifeboat and also tasked the Killybegs Coast Guard Rib.

On returning to the station around 90 minutes later, Volunteer Lifeboat Crew member with Bundoran RNLI Richard Gillespie said "the people on board the dive boat were absolutely correct to call the Coast Guard and have ourselves and Killybegs launched. While they were in no immediate danger, the longer they left the call, the more chances there were of something going wrong. We would always encourage boat users to contact the Coast Guard on the first sign of a problem so we can be there to help sooner rather than later."

The Bundoran RNLI Lifeboat remains on call 24 hours per day, 7 days per week. In case of emergency call 999 or 112 and ask for the Coast Guard.