Just two ambulances based in Leitrim for day and night shifts 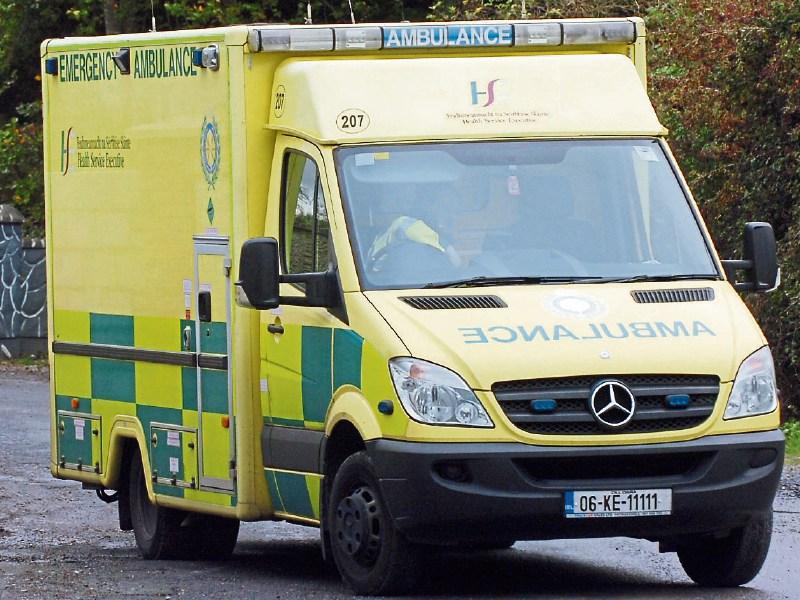 Figures released to the Leitrim Observer by the National Ambulance Service show there is just one ambulance stationed in Carrick-on-Shannon and one in Manorhamilton for day and night shifts.

Both of these ambulances service a large region and could be called away as far as Mayo or Monaghan.
Ambulance staff have recently balloted for industrial action, but a four hour strike was avoided with talks at the end of March. Leitrim Sinn Féin Deputy Martin Kenny has time and time again voiced his concern for ambulance times to South Leitrim, where just one ambulance is located. He said if the Carrick-on-Shannon ambulance is out on a call outside of the county, “it puts lives at jeopardy.”

The National Ambulance Service (NAS) confirmed to the paper that “the ambulance service does not operate on a local or area basis but on a National Basis using AMPS, which prioritises calls using internationally agreed procedures and protocols thus ensuring that life threatening and potentially life threatening calls receive an appropriate response and this ensures that the patient receives the closest emergency response.” 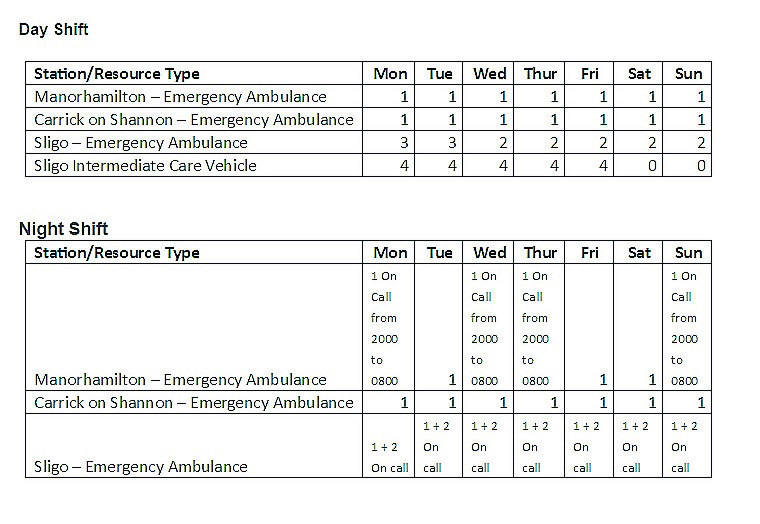 According to their figures one emergency ambulance is stationed at Manorhamilton and Carrick-on-Shannon for day shifts. At night Carrick has one ambulance, while in Manorhamilton there is an emergency ambulance for three nights and on call ambulance from 8pm-8am for four nights.
There are between seven and two ambulances on call from Sligo during the day. This includes four intermediate care vehicles used for non emergency calls or transfers from hospital. For the night shift there is one ambulance and two on call ambulances on duty at night.

With Manorhamilton close to Sligo, it is areas like Ballinamore, Carrigallen and Cloone that are of concern to many. Deputy Martin Kenny has argued that the closest ambulance is at least 30 mins away and if another ambulance is deployed it will take over an hour for an emergency response. The service is supposed to arrive at the scene of an emergency known as an ‘ECHO’ call, within 18 minutes and 59 seconds of being alerted. If the Carrick unit is busy people in South Leitrim have to rely on Cavan/ Longford/ Mullingar or Boyle units.