Local community stunned by the sudden death of Joanna Duignan 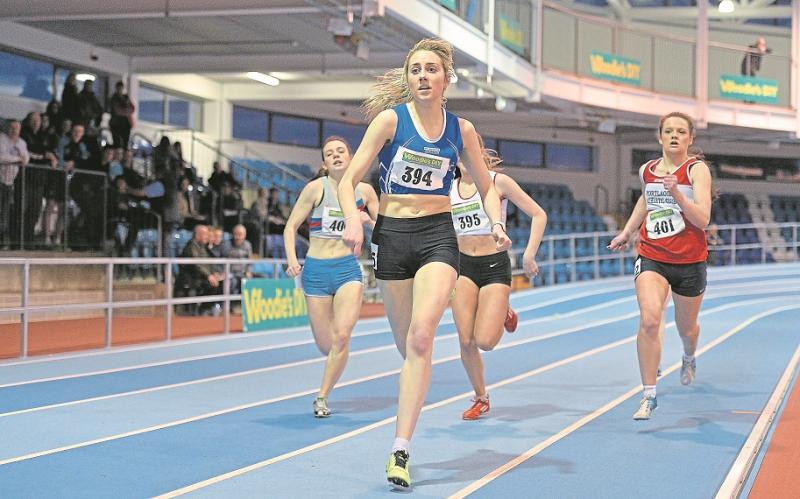 The Annaduff and Carrick-on-Shannon areas have been left devastated this week by the untimely and tragic death of Joanna Duignan from Gortinee, Aughamore, Co. Leitrim.

Shock and sadness are the abiding emotions in the area after the news came through that Joanna had passed away on Monday, May 1, 2017.

An extremely talented young lady, 20-year-old Joanna who was a law students in DCU, was a star athlete with Carrick A.C., an outstanding footballer with Annaduff Ladies, and an accomplished tin whistle player with Drumsna Comhaltas Ceoltóirí Éireann where she enjoyed multiple success at county, Connacht and All Ireland level.

A statement on the Athletics Ireland and Carrick A.C. websites announced the news of Joanna's passing with a “sense of profound sadness and deep shock.”

“There are simply no words to convey the sense of loss that our athletes, our coaches and their families are feeling right now as the news that Joanna is no longer with us sinks in ever so slowly and ever so terribly.

“Joanna only took up athletics seriously in the winter of 2012 after having being recommended to try the sport by her Gaelic footballer trainer and Coolquill A.C. athlete John Russell, having caught the eye on the football field with her local club Annaduff and Carrick-on-Shannon Community School.

“In 2014, Joanna had a magnificent season where she finished fourth in the National Senior Indoor 400m in Athlone and she crossed the line first in the National Juniors.

“Joanna went on to win three silver medals in Athletics Ireland Juvenile competitions, silver in the U19 Indoor 400m and 200m and silver in the Outdoor 400m after her season was marred by injury.

"A law student in DCU, Joanna joined Jeremy Lyons' training group where she teamed up with clubmate Gerard O’Donnell and was part of a group of talented young sprinters in the College and we think of her many friends in DCU and around the country.

“A fantastic athlete with a willingness to work hard, what marked Joanna out most of all was not her athletics achievements but the fact that she was a lovely genuine person who always had time for everyone - no matter how young or how old. Joanna's friendly, outgoing nature saw her make time for everyone and we lost count of the amount of times she helped our younger athletes.

“The loss we feel today is nothing compared to the loss of her family, her parents Philip and Teresa and brothers Daniel, Aaron and Keith, her relatives and extended family and many, many friends in DCU and the wider athletics family.

“There are no words to convey our deepest sympathy to them at this time - all we can do is offer our support and our love as we remember our friend Joanna.”

Joanna's remains will repose at her home today, Tuesday, from 7pm until 10pm and tomorrow, Wednesday from 4pm until 10pm. House private at all other times. Funeral Mass on Thursday at 11am in St. Mary’s Church, Annaduff followed by burial in the adjoining cemetery. Please note there will be a one way traffic system in operation to the family home entering from the Annaduff Church junction.

As a mark of respect to Joanna, all athletics training and events are cancelled this week.

In a further mark of respect, The Cottage Restaurant, Jamestown, where Joanna worked part-time, will be closed on Thursday.

May Joanna Rest In Peace.