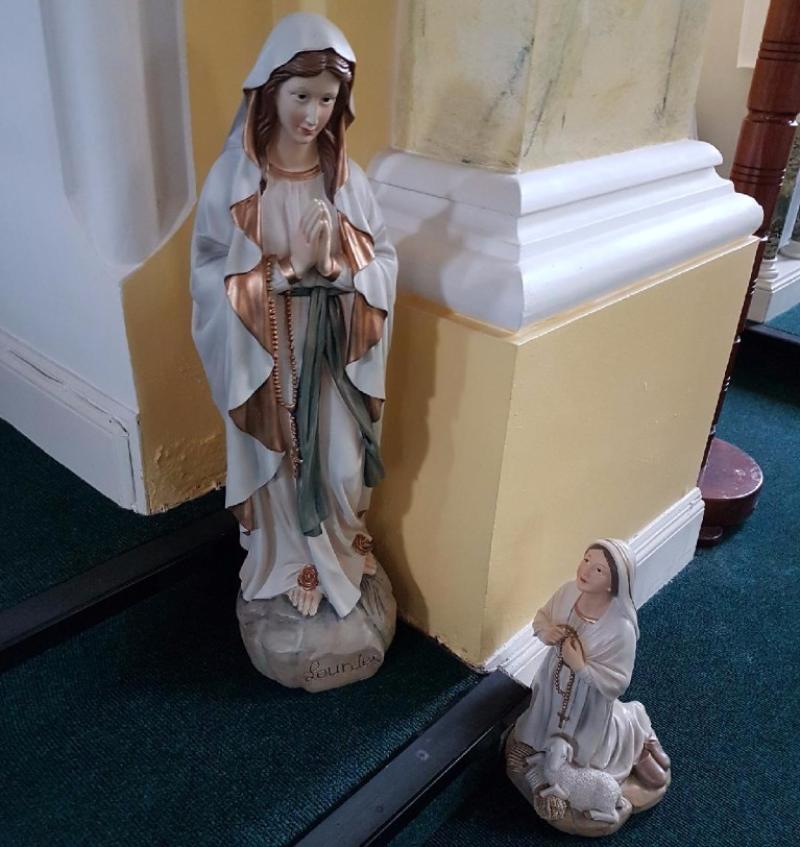 When Fianna Fáil TD Eugene Murphy was tasked with sourcing a giant statue of the Virgin Mary from Lourdes he really thought it would take a miracle to deliver. Meeting the needs of constituents is part of the job as a TD but even so he never thought he would become an importer of holy relics. Deputy Murphy got a request for a giant statue from a man who is in a nursing home in North Roscommon.

The request came in from a man who is in a nursing home,” says Mr Murphy. “He kept on getting in touch about it as he wanted to it to go to his local church for a particular feast day.

“He was quite specific, he wanted three lambs at the bottom of the statue.”

Mr Murphy managed to ask a local woman who travels to Lourdes each year to bring back the giant statue.

“She rang me and said that the large statues only had roses at Our Lady’s feet, so we decided to get one large statue with roses and one small one with lambs,” he says.

When the statues were brought back to Ireland, Mr Murphy put them in his car — with the large one taking up the entire length of the boot — and brought them to the church. The statues have since been blessed by the bishop and stand proud in Croghan chapel.

Mr Murphy believes the fact that Ireland is a small nation ensures the unique interaction between the public and their representatives will never be broken.

“It’s not like the British parliament or the German parliament,” he says. “People are close and look to their local politician. It’s about having a balance between legislating and keeping in touch with your constituents.”