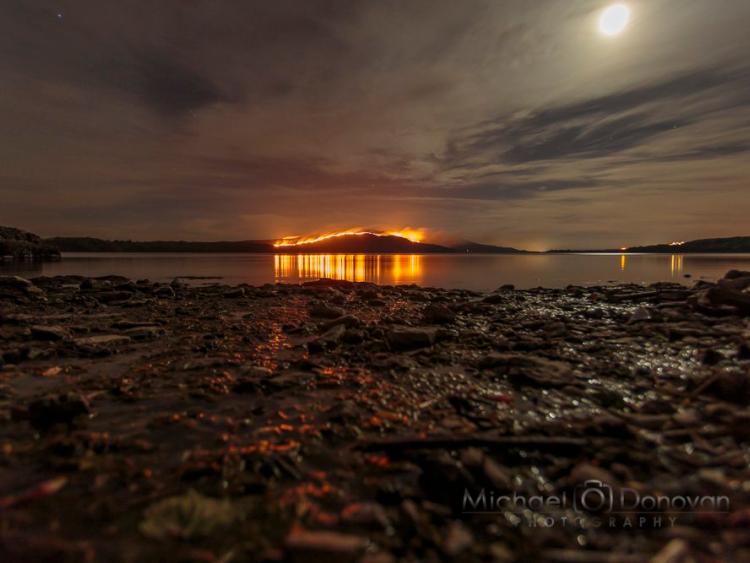 Sligo County Council have issued an update in relation to the gorse fire at Killerry Mountain that has resulted in the closure of the R287 Dromahair to Sligo road.

A unit from Manorhamilton Fire Service is assisting in bringing the fire under control. The R287 will remain closed until it is deemed safe to re-open.

The most recent update from Sligo County Council stated, "All four units of Sligo Fire Service and a unit from Manorhamilton are currently dealing with the forestry/gorse fire at Killery Ballintogher, covering an area of 4,000acres approximately.

"While pockets of gorse and brush fire continue, with access to some areas very difficult, the main focus of attention is in the area of the Millennium Forest adjacent to Slish Wood.

The Fire Service is urging all members of the public to stay away from the areas affected for their own safety – Slishwood/Killerry Mountain. The R287 (Dromahair Road) is closed and will remain so until it is deemed safe to re-open."

Video footage and images of the fire can be viewed here.