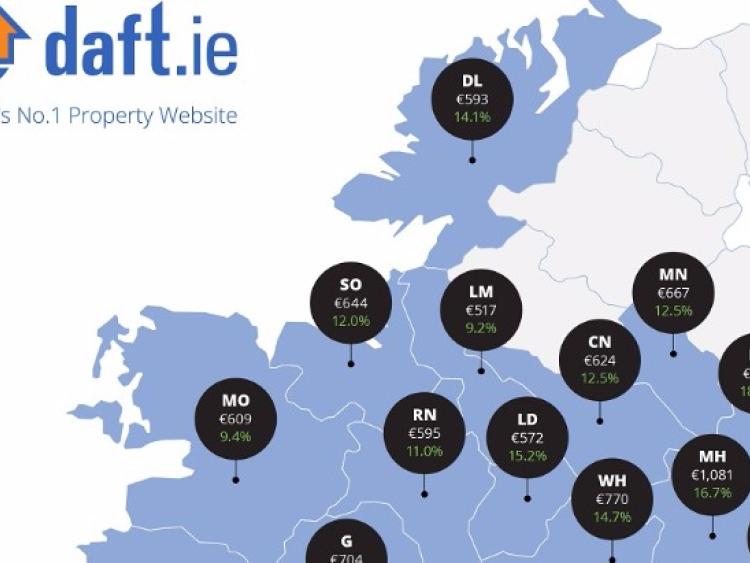 Rents on the rise.

Rents have risen by 9.2% in Leitrim and now stand at an average of €517, up 25% from its lowest point.
Similarly in other neighbouring counties rents have also continued to rise with an 11% increase in Roscommon, the average now €595; Longford by 15.2%, the average being €572; Sligo by 12%, €644; Donegal by 14% now at €593 and in Cavan by 2.5%, now standing at an average of 12.5%.
Rents rose nationwide by an average of 13.4% in the year to March 2017, according to the latest quarterly Rental Price Report by Ireland's No.1 Property Website, Daft.ie.
The average monthly rent nationwide during the first quarter of 2017 was €1,131, the fourth quarter in a row that a new all-time high has been set.
The rate of inflation represents only a slight slowdown in inflation from the rate recorded in the final quarter of 2016 (13.5%), which was the largest on record.
In Leitrim, rents were on average 9.2% higher in the first three months of 2017 than a year previously.