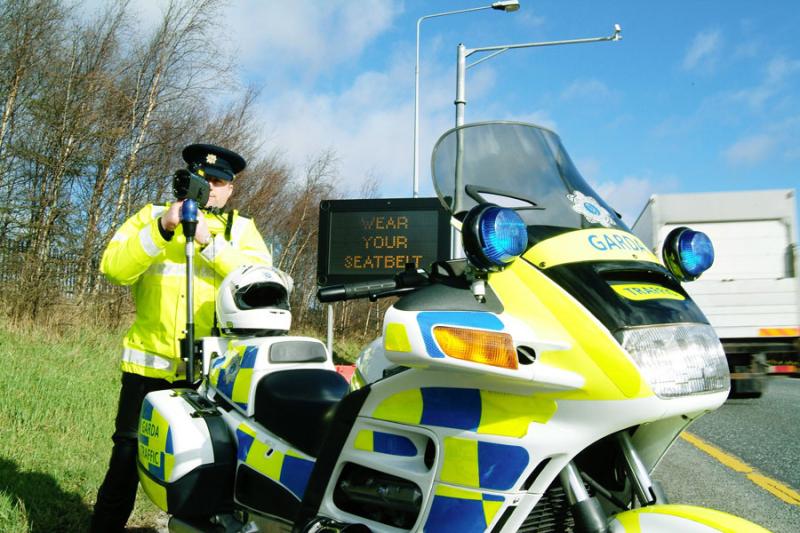 Marcus Sanches, 122 Brecknock Rd, London was convicted of a charge of careless driving which was reduced from dangerous driving when he appeared before a recent sitting of Carrick-on-Shannon District Court.

Insp Denis Harrington told the Court Gardai were operating a speed check at Tawneymole, Manorhamilton on April 2 last at 1.20am. The defendant was observed travelling at a speed of 178kph in a 100kph zone.

Entering a plea, Mr Sanches said his son lives in Swinford and he comes over from England once a month to visit him.

Imposing a conviction and a fine of €500 ,Judge Kilrane said, “Somewhat reluctantly I’ll reduce to careless driving, only because you were driving to see your son.”

Judge Kilrane instructed €150 be paid from bail money with Mr Sanches offering to pay the remainder in sterling if that was acceptable. “How is sterling doing at the moment? asked Judge Kilrane, to which Mr Sanches replied, “Better than the euro.” Mr Sanches paid st£300 in addition to the bail money already in court.