No bite from the Dragons for magiflo 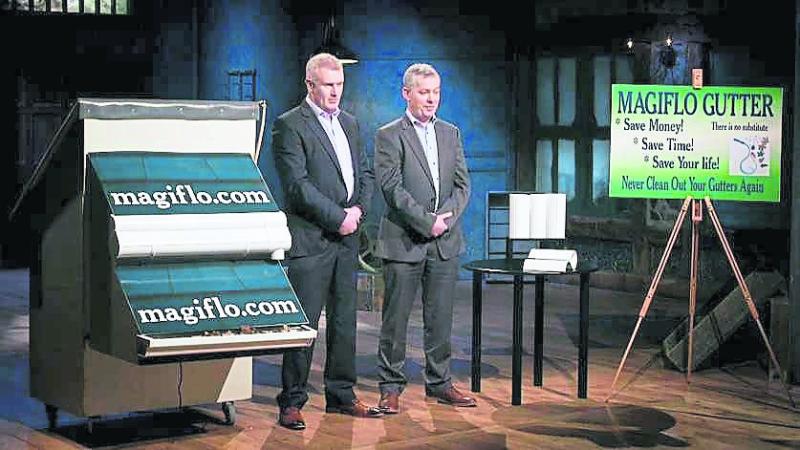 Damian Grogan and Ollie Sharkey from magiflo on Dragons Den on Sunday, May 7.

There wasn't so much as a nibble from the dragons for the locally owned company magiflo gutters following an appearance on the popular Dragon's Den TV show on RTE 1 last Sunday night.

Ollie Sharkey and his business partner Damian Grogan impressed upon the five dragons the benefits of the innovative new gutter system that prevents debris from building up in gutters and provides cleaner rain water.

However, despite a grilling and plenty of questions, none of them was willing to part with the €100,000 investment for 8% of the company that was being sought. This, despite the gutter system having patents in Ireland, the UK and the USA.

Ollie, who lives in Kilmore, just outside Carrick-on-Shannon, told the Leitrim Observer that while they were looking for finance, it was marketing expertise in particular that interested them.

The show was filmed on March 1 and Ollie described it as a good experience. He said they were in front of the dragons for an hour and a half answering questions, but only a portion of that is shown on the actual programme.

Having appeared on the Late Late Show in February this year, once again the exposure granted to magiflo has led to a lot of interest from potential investors and customers and Ollie said they received a number of interesting calls on Monday and Tuesday following their appearance on the show.