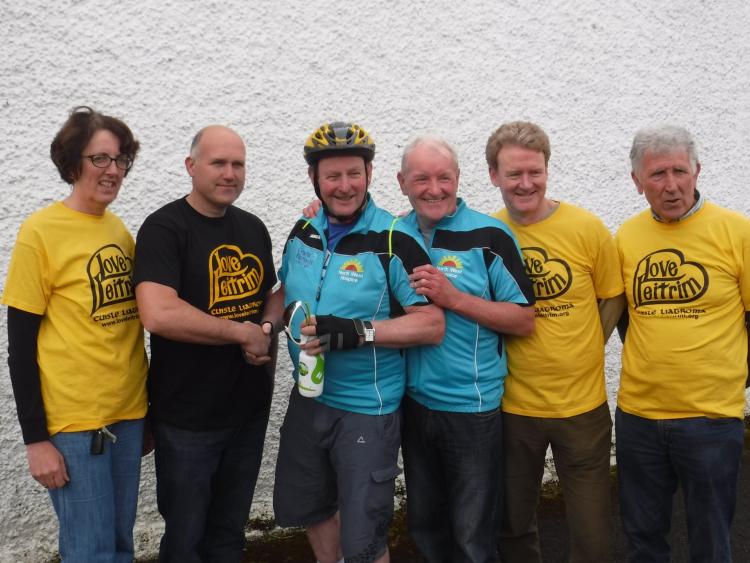 It was yellow jerseys all round at Saturday's Sligo Leitrim cycle for two wonderful charities the North West Hospice​ and Cystic Fibrosis Ireland with €4K being raised.

Members of Love Leitrim were on hand to cheer on the cyclists and meet Deputy Tony McLoughlin and Taoiseach Enda Kenny, who took part in the cycle, at the refreshment stop in Ballintogher.

Love Leitrim is very optimistic that the bill to ban fracking proposed by Deputy McLoughlin will be passed before the summer recess in the Dail but are cognizant that it's not through yet.

The group are urging all politicians and members of the public to keep the focus on getting this groundbreaking bill through and make Ireland one of the first countries to ban fracking ensuring a safe future for all.