Fingers crossed for Ballinamore's bid to host the Connacht Fleadh 2018 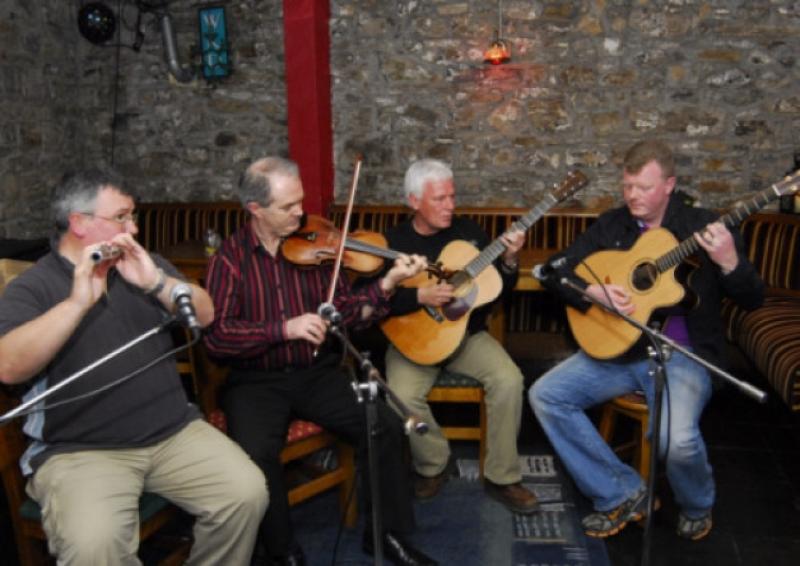 Musicians participating in a session during the recent Leitrim Fleadh in Ballinamore.

Comhaltas Ballinamore will find out later this week if their bid to hold the Connacht Fleadh in 2018 has been successful.

Cllr John McCartin, Chairperson of Comhaltas Ballinamore, told Monday's Ballinamore MD meeting he would be making the formal bid for the Fleadh tonight, (Thursday, May 25).

The bid follows on from a “hugely successful Leitrim Fleadh” in Ballinamore earlier this month. “Traditional music is one of the cornerstones on which Leitrim is building its cultural and heritage tourism industry,” pointed out Cllr McCartin, before seeking Council backing for the bid for the Connacht Fleadh.

A spokesperson for Leitrim County Council said they fully endorsed the Ballinamore Fleadh Committee's application to host the Connacht Fleadh and “recognises the benefit it would bring both the local economy and to young musicians throughout Leitrim. Should the application be successful, Leitrim County Council will liaise with the committee to see what supports we can assist with to ensure the event is a success.”