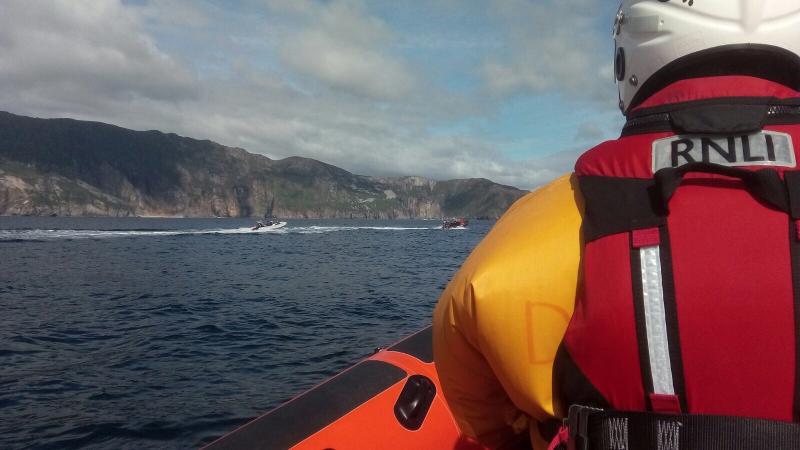 On Sunday afternoon, May 28, the volunteer crew of Bundoran RNLI lifeboat was requested to assist a rib with four persons on board which had broken down off Malinbeg, close to Rathlin O’Beirne Island.

The alarm was raised around 3.45pm by a person on the land who called the Coast Guard at Malin Head.

On arrival at the scene, the crew of the Killybegs Coast Guard had taken the rib with its four crew members under tow to Teelin Harbour.

The Bundoran Lifeboat accompanied both vessels to Teelin and then returned to Bundoran arriving around 5:45pm.