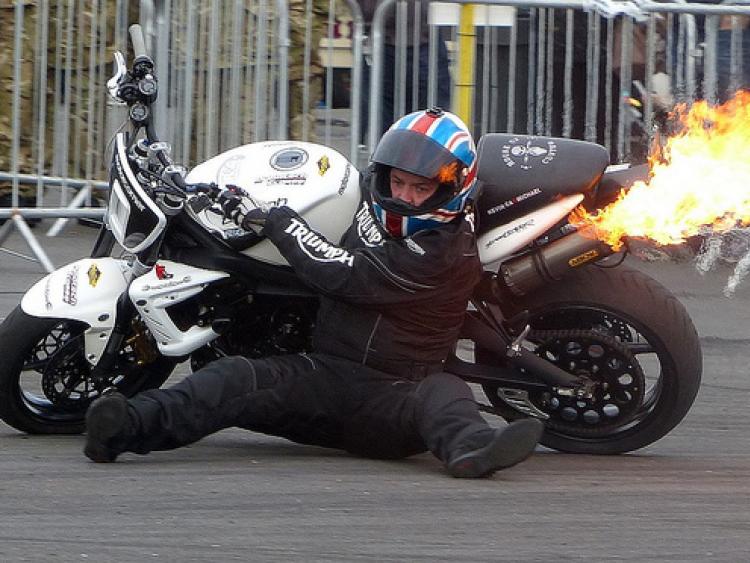 A Spectacular Bike Show will take place at The Quay at 1pm, 3pm and 5pm.

The second last day of Carrick Carnival is jam packed with events for all the family to enjoy.

A Massive Truck Display will be held at Pairc Sean Mac Diarmada from 12pm - 6pm.  The Carnival is aiming to break another record by having the largest display of truck cabs.  During the day there will be lots of competitions between the trucks.  This promises to be a unique and impressive display and is not to be missed.

There will be a colourful Boat Parade at 2pm with viewing from The Quay.

A Vintage Car Display will be held at The Quay from 2pm - 5pm with lots of vintage and classic cars on show.

The Other Brothers are in The Market Yard at 2pm and 4.30pm and brig a unique brand of high energy, crazy antics and one-liners that will leave the crowds gasping in awe.  This is a show not to be missed.

And as if that is not enough, a Spectacular Bike Show will be held at The Quay carpark at 1pm, 3pm and 5pm which motorbike stunts and amazing feats of bravery and bike control.

And finally, at 8pm in The Bush Hotel, the popular game show 'Mr and Mrs' will see six brave couples competing to win the coveted crown.  Tickets just €10 and a great night's entertainment is assured.