Watson fires Warwickshire to glory as Leitrim fade in second half 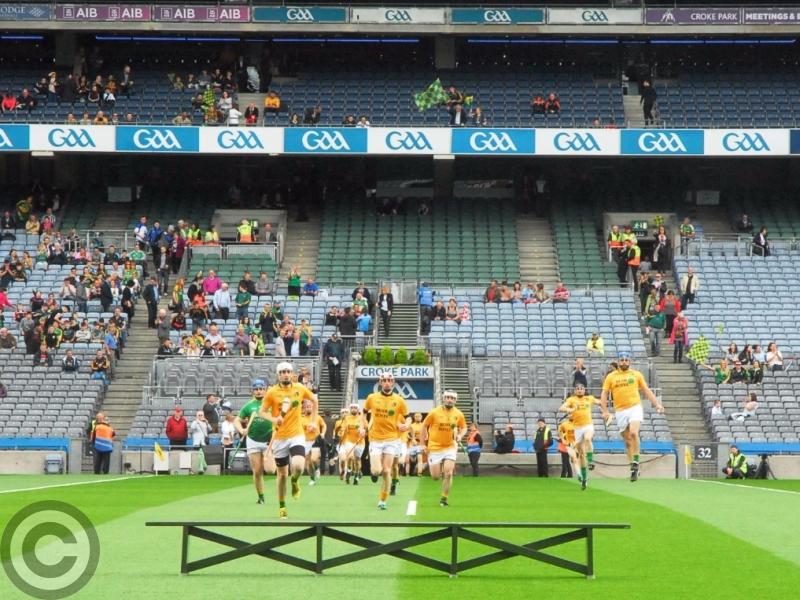 Leitrim hurlers take to the field in Croke Park. Photo by Willie Donnellan

Leitrim’s dreams of lifting the Lory Meagher Cup were ended when the deadly efficient Liam Watson guided Warwickshire to glory in Croke Park on Saturday.

Leitrim looked in a great position as they led 0-10 to 0-8 at halftime in GAA headquarters, a wonderfully committed effort seeing them upsetting the favourites and holding them to long range scores.

Two sendings off in the second half for Colm Moreton and David McGovern ended any hope Leitrim had, both of which were somewhat harsh, as Leitrim were unable to match the rise in Warwickshire’s intensity in the second half.

As much as Warwickshire dominated the second half, Leitrim’s defence was not breached as it was offences around the middle of the field and in the Warwickshire half that proved the difference, Watson a real match-winner for the Exiles.

Leitrim got off to a flying start with a Padraig O’Donnell free after a foul on Karol McDermott, set up by David McGovern’s high delivery. Liam Watson replied with, for him, a short range 50 yard free.

O’Donnell matched the Antrim native with a successful 55-yard free after a foul on Colm Moreton but Watson hit right back after a foul on Ian Dwyer as he threatened to break through on goal before both players missed frees.

Conor Byrne’s long free from his own half was brilliantly fielded by Cathal O’Donovan who turned and fired a great shot over the bar on 12 minutes but  Watson replied with another free, Warwickshire making little headway from open play but punishing any offences within range of Watson’s fabulous freetaking.

O’Donovan marked up a unique Leitrim milestone as he became the first player from the county to have an effort referred to Hawk-Eye, the camera system correctly ruling his effort on 14 minutes had gone inside the post.

Donnacha Kennedy surged forward as he pounced on a poor touch from Karl McDermott to score but Zak Moradi fired over after a nice dink-pass over the defence from David McGovern.

Both Kevin McGrath and Moradi dropped shots short but Colm Moreton scored a massive effort from the wing to end the first quarter and leave Leitrim two up. Conor Byrne put a long range free wide and Warwickshire made Leitrim pay with another Watson free after an Enda Moreton foul.

Warwickshire had their first sight of goal when Conor Robbins broke through on goal but he was forced out with a great block, Ian Dwyer following up with a poor shot on 22 minutes but the Exiles did level when Shane Caulfield pointed from out near the sideline a minute later.

David McGovern was harshly penalised for dissent with Liam Watson pointing a monster from some 80 metres from goal, on his own 65 out near the sideline. But Padraig O’Donnell punished Watson for over-carrying with a successful free.

But in added time, Leitrim looked to have hit a rich vein of form when James Glancy pounced on a hurried clearance, thanks to good work from Karol McDermott. His first effort was hooked but Glancy recovered, turned sharply and fired over the bar.

And it got better as O’Donnell twice thumped a free from the halfway line over the bar to give Leitrim a 0-10 to 0-8 halftime lead, leading to the Leitrim fans standing and cheering their heroes off the field.

Whatever was said at halftime, Warwickshire came out a very different side in the second half with Liam Watson moving to the middle of the field.

But Leitrim almost got the dream start to the second half when keeper Michael Cremin fielded a high ball on his own line and managed to evade a challenge from Colm Moreton.

Liam Watson then hit three points in the first seven minutes to edge Warwickshire in front and it made no difference the range as Watson’s free on 11 minutes came from inside his own 65 on the left hand wing, a massive effort that punished a wide from David McGovern.

Fierce Warwickshire pressure forced Clement Cunniffe into a rushed clearance and when the ball was eventually cleared, Shane Caulfield fired over from about 40 yards out.

Warwickshire’s confidence was up and Paul Uniacke capitalised on a lot of space to stretch their lead to four point.

Crucially, Colm Moreton picked up an yellow with Watson firing over another free from inside his own half.

Cathal O’Donovan and Padraig O’Donnell had a wide apiece either side of Gavin O’Hagan replacing Liam Moreton, obviously hampered after a heavy hit at the end of the first half.

Leitrim’s hopes officially ended with 12 minutes left when Colm Moreton was harshly judged to have hit high, the Leitrim Gaels obviously making a genuine attempt for the ball but referee James Connors adjudged to be dangerous and gave Moreton his marching orders.

It got worse for Leitrim as David McGovern was, to the surprise of everyone, received a second yellow for what the referee reportedly said was dangerous play although nobody seemed to witness anything to warrant another card.

Leitrim tried so desperately to rescue the game but with Warwickshire able to drop two extra players back in defence, the chance of a goal was never there. Moradi and O’Donnell both hit wides while the Warwickshire keeper held a 65 dropped into the area by O’Donnell.

Warwickshire added points from sub Colm McBride and Ian Dwyer, the second which could have easily been a goal as they were through two-on-one.

There were yellow cards for Gavin O’Hagan and James Glancy but Leitrim did manage to get a score in the second half when Padraig O’Donnell converted a free late in added time to bring a fabulous campaign for the hurlers to a disappointing end.

SEE NEXT WEEK’S LEITRIM OBSERVER FOR ANALYSIS AND REACTION. 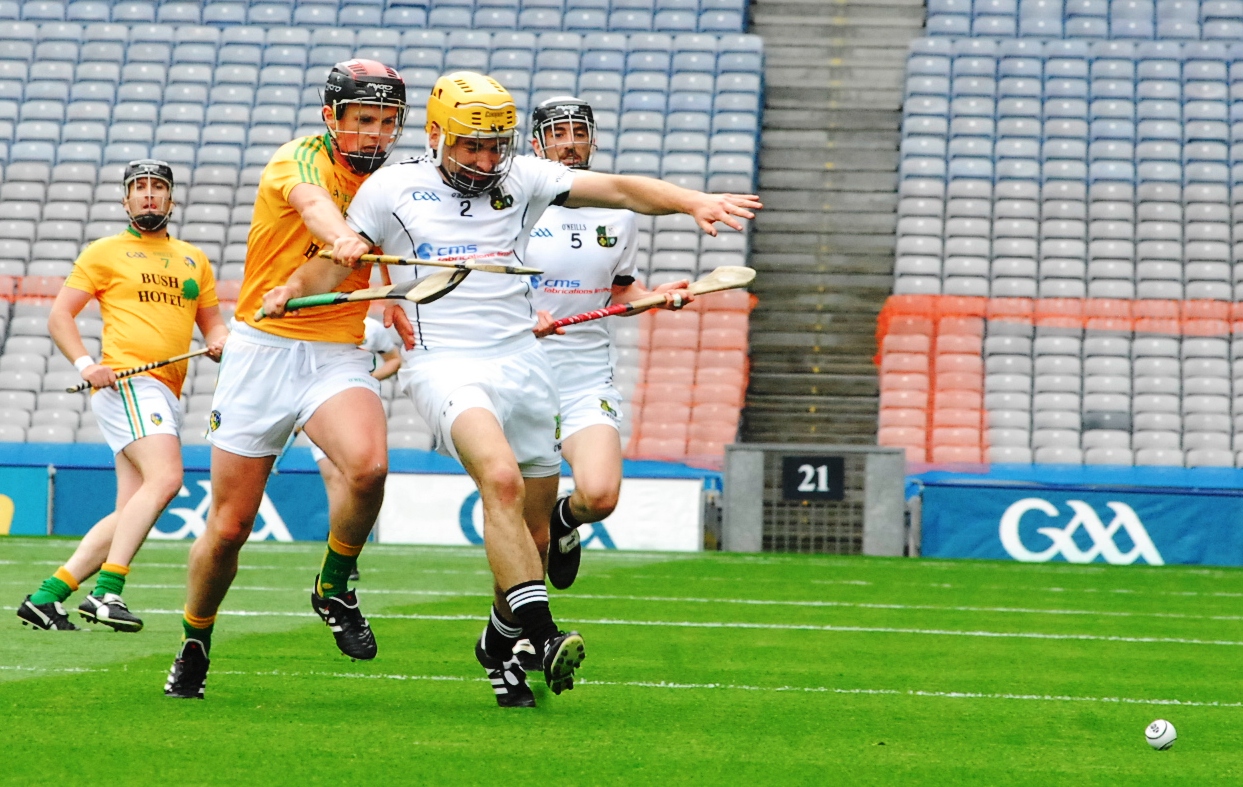